Dr. Mary Kay Clark has been the Director of Seton Home Study School for more than 25 years. Before joining Seton, she lived in Columbus, Ohio, where she and other parents established a private Catholic elementary school, Mater Dei Academy, in 1971, where she served as principal for nine years. Seeing firsthand the opportunities and the pitfalls of private schooling, Dr. Clark left Mater Dei Academy and began teaching her children at home.

While in Ohio, she helped establish the state’s home schooling association. Upon moving to Virginia in 1982, she helped found the Home Educator’s Association of Virginia. Dr. Clark received a B.A. from Ursuline College, a Masters in Library Science from Case Western Reserve University, a Ph.D. in Education from Assumption University, and an M.A. in School Administration from Grace College.

Below is a list of her articles, the most recent first. 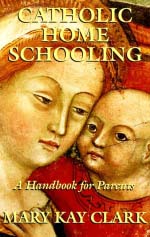 We often receive phone calls from parents who ask about teaching English to their children in grades one through three. They wonder why we teach English when it is not ...

END_OF_DOCUMENT_TOKEN_TO_BE_REPLACED

Sister Josefa Menendez, who has not yet been declared a saint, but whose writings have been personally recommended by Pope Pius XII, gives us a great example of the quiet way to sanctity through devotion to daily duty. Sister Josefa received many visions from Our Lord. She obediently wrote His message of love, now published in the book The Way of Divine Love. During the Lent of 1923, Jesus revealed to her His sufferings, both physical and mental.

END_OF_DOCUMENT_TOKEN_TO_BE_REPLACED 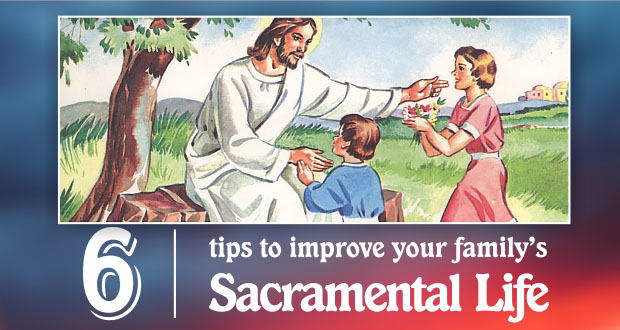 Many Catholic families live their Faith only one hour a week by attending Sunday Mass. The rest of the week, the cares of the world impinge on the family, and the Faith is practically forgotten.