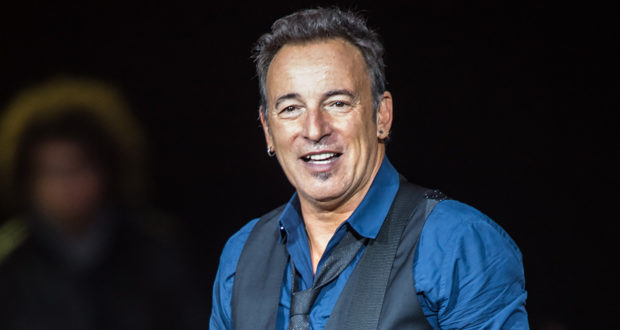 Bruce Springsteen is Right (About Some Things, At Least)

The New York Times hails Bruce Springsteen as a champion of conscience, but shouldn’t everyone else’s conscience count just as much as his?

The state of North Carolina recently passed a law that seeks to separate the genders in the use of public restrooms and locker rooms. Dubbed the “Bathroom Bill,” the law uses a person’s birth certificate to determine his or her gender.

While some applauded its passage, some found this law to be profoundly unfair; one such person is rock star Bruce Springsteen. In response to its passage, Mr. Springsteen recently canceled a scheduled show in North Carolina. His message to fans reads:

“Taking all of this into account, I feel that this is a time for me and the band to show solidarity for those freedom fighters. As a result…we have canceled our show scheduled for Sunday, April 10th. Some things are more important than a rock show and this fight against prejudice and bigotry – which is happening as I write – is one of them. It is the strongest means I have for raising my voice in opposition to those who continue to push us backwards instead of forwards.”

In short, Springsteen is so offended by this law that his conscience simply cannot allow him to provide his musical services within that state. Based on his conscientious objection, Springsteen is essentially telling North Carolina, “Baby, I was born to run.”

Does Springsteen have the right to pack up his guitar and harmonica and go home? Of course he does.

Why? Because simply put, Bruce Springsteen should not be forced to perform a concert if performing that concert violates his conscience. And neither should anyone else—not ZZ Top, not Milli Vanilli, not Bananarama. No one. As the Catechism of the Catholic Church teaches:

“Conscience is a judgment of reason whereby the human person recognizes the moral quality of a concrete act that he is going to perform, is in the process of performing, or has already completed. In all he says and does, man is obliged to follow faithfully what he knows to be just and right.”

Should we insist on having it any other way? For instance, wouldn’t it be bizarre if the state of North Carolina, say, fined him for refusing to perform?

And not only does the Catechism champion the rights and duties of conscience, but so does America. The allowance for conscientious objection has been philosophically baked into the American cake before the candles of her first birthday were even blown out.

As James Madison said, “Conscience is the most sacred of all property.” John Jay, the First Chief Justice of the United States wrote: “Security under our constitution is given to the rights of conscience and private judgment. They are by nature subject to no control but that of Deity, and in that free situation they are now left.”

Speaking of baking cakes, it’s a shame that the same rights of conscience are not extended to cake bakers in America. In the past few years, we have all heard accounts of bakers, florists, and photographers who have been assessed massive fines for following their consciences.

Why are rock stars treated differently? In America, rock stars are allowed—and applauded for—conscientious objection, but florists are not.

Conscience is a luxury afforded artists who own mansions, but photographers are hit with massive fines that put them in the poor house.

But as so often happens, it is not the rights of the uber-wealthy that are violated; it is those on the economic fringe. It is the florist, the baker, and the photograph taker who are considered knaves, all three.

Springsteen’s conscience seems to be in harmony with what it means to be an American, yet when it comes to the consciences of Christians, progressives are tone-deaf.

Perhaps Springsteen should use some of this limelight to do a fundraising concert for all those who have had their consciences trampled upon and aren’t applauded by The New York Times.

They were “born in the USA” too, but don’t seem to be enjoying the foundational privileges of America.