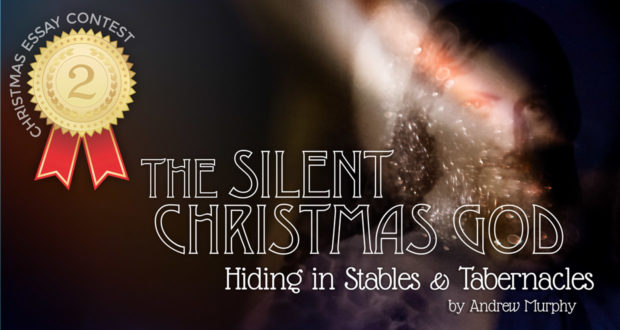 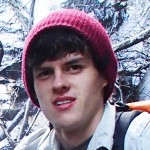 My name is Andrew Murphy; I’m 18 years old and live in Victoria, Australia. I have been homeschooled with Seton for most of secondary school, finishing this month. I am the eldest of five children and have a brother and three sisters. Some of my interests include learning about the great richness, history, tradition and beauty of our Catholic Faith, reading, especially Chesterton and Tolkien, filmmaking, and writing – some which may be found on my blog.

If we journey back almost 2000 years to the city of David to the small town of Bethlehem on the eve of the first Christmas, we would find a town busier than usual, because many had come to be enrolled for the census of Caesar Augustus.

Somewhere in that town we would find an inn, and most probably a very happy innkeeper, because he was entertaining a great many more customers than usual. Across the road from this inn we might find a house in which a family was preparing for their evening meal, and a young boy playing with his friends as the night descended.

When his friends had gone home, perhaps he lingered outside to watch them dwindle off into the night. Just as he was turning to the sound of his mother’s call, beckoning him in for dinner, the sound of clopping hoofs may have stopped him.

He might have turned to see the lonely figure of a man coming along the road, leading a donkey behind him. Astride the donkey he would have seen a beautiful woman, the man’s wife, and he would have probably noticed that she was pregnant. His young eyes may have followed them as they made their way to the inn, the inn which was full, and he may have watched as they left – finding that there was no room – to see which way they went.

That night, as he lay in his bed, he may have wondered where they had gone, and if they had found a roof to offer them shelter for the night. One wonders if perhaps he even prayed to God that they might find a safe place.

They had in fact found a place to shelter, but not of the kind in which he now lay. The roof which stretched over their head was one of stone, the stone of a cave used by shepherds as a stable. When the time came, and the babe was born, He was wrapped in swaddling clothes and laid in a manger, where at least the straw  might keep Him warm.

He was the king of Heaven and Earth, but He received no royal welcome, at least not of an earthly kind, and He lay silently in that cave, while Bethlehem slept. The people of that town did not come to visit their King as they did not expect to find God lying in a cow’s food trough, but there He was, silently waiting while the angels sung His praises out in the fields to humble shepherds.

Almost 2000 years later, in your very own city or town, a young boy will wake up on Christmas morning and run down in a fit of excitement to see what has been left in his stocking by Santa Claus.

He will eat a delicious Christmas dinner with his family – as quickly as he can mind you – so that he can rush off to play with the multitude of new and exciting toys he has received, and he will hang his head and complain when it is time to go to bed, wishing the day could drag on for just a little longer. However when that drooping head hits the pillow he will drift off fast to sleep, tired out after one of the most exciting days of the year.

Yet all the while, from the crack of dawn to the fading dusk, perhaps less than a few blocks away in the local Catholic Church, God was hidden in the tabernacle under the appearance of a small white host of bread, silently waiting for him, but he did not come.

For just like that boy almost 2000 years ago, he did not expect to find God where the cattle’s food was laid, neither will this boy today expect to find Him in a piece of bread, for no one has told him the Good News that “this day, is born to you a Saviour, who is Christ the Lord” and pointed him to the place He can be found.