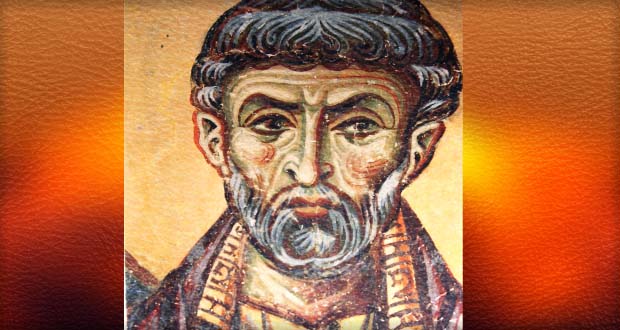 July 27 marks the feast day for Saint Panteleimon, or Saint Panteley for those looking for easier pronunciation. Panteley was an Imperial court physician during the reign of Emperor Maximian, who was responsible for one of the last of the vicious persecutions before the reign of Constantine the Great. In the year 303, when Panteley’s Christian faith became known to the Emperor, Maximian ordered his doctor’s death by beheading.

Panteley’s demeanor during his martyrdom led to the conversion of several witnesses, causing Panteley to be honored by the title Great-Martyr. He is one of the most important patrons for medical personnel, ranking with Saint Luke and Saints Cosmas and Damian among the Unmercenaries, or doctors who treated all without charging for their services.

Saint Panteley is better known and venerated in the Byzantine Churches of Eastern Europe, though there are at least three parishes in the United States enjoying his patronage.

A poem in honor of Saint Panteley was written by A.K. Tolstoy, a rather remarkable Russian Romantic writer and courtier. Though he was responsible for introducing some rather modern forms of poetry into Russian literature, Tolstoy was contemptuously labeled a conservative by the Russian avant-garde, most of whom had adopted the thoroughly anti-Christian mind-set of the Western European Enlightenment (much better described as the Great Endarkening!)

Noble Panteley crosses his field, the flowers and herbs are at his waist.
All the plants and grasses reach out to him, all the flowers bow for him.
Their secrets are all known so well to him, both beneficial and poisonous.
He greets the good herbs with a bow and salutation, he threatens the harmful ones with his knotty staff.
He gathers the beneficial herbs leaf by leaf and his bag is soon full.
For his poor, ailing brothers he shall brew a healing potion.
Noble Panteley, have mercy on us!
Heal our wounds with thy miraculous balm, the balm which will heal our hearts and ease the pain of our souls!
Help the deaf, the dumb, the blind and the evil-minded with your herbs!
But there are those who refuse to be healed; they loathe psaltery music.
All things that cannot be weighed or measured, they shout, must be abolished.
They claim that only that which can be seen or heard is real!
Noble Panteley, do not spare your knotty staff against these dirty and loathsome people!

Tolstoy’s attitude toward the materialistic stance of his artistic contemporaries is well-illustrated by the last few lines of the hymn, imploring Panteley to beat some sense into “these dirty and loathsome people!”

The Russian composer Sergei Rachmaninov set to music Tolstoy’s prayerful poem, turning it into a hymn suitable for use in church for the feast day. The music may be heard on a number of sites; simply putting “Panteley the Healer” into the search engine will result in a number of options. My personal favorite (and the version in my own collection) is by the Russian State Symphony Cappella, directed by Valeri Polyansky.