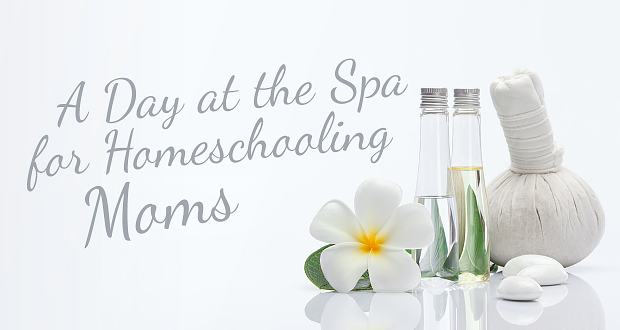 A Day at the Spa for Homeschooling Moms

Alright, homeschool Dads. Your wife is reaching the end of another academic year. She has endured arguments from the teenagers about book reports for Goodbye, Mr. Chips. She has sharpened dozens of number 2 pencils.

She has scrubbed 64 different colors of crayons off the kitchen walls. She has corrected so much Math 54 that she feels like she personally knows John Saxon. She has helped your children diagram so many sentences that she now mentally diagrams sentences as people speak them to her.

Time for a spa day.

I don’t mean this figuratively. This isn’t some hidden sports analogy for which this column has come to be known. I mean it literally. Book your wife a spa day. Right now. Although I may have never met your wife, I know this: there is no one on earth who deserves a day at the spa more than homeschooling wives and moms.

Don’t just book an appointment and tell her about it. Keep it a secret. Arrange a babysitter for the kids one Saturday and announce to her that morning that she has a special day ahead. And drive her to the spa yourself.

When you get there, it’s perfectly acceptable to walk into the spa with your wife. When you stroll through the door, you will experience things foreign to you: you will see clear pitchers of water with cucumbers floating in them, you will notice that they have 145 shades of red lipstick at the counter, and you will hear music that makes you sleepy. None of this will make any sense to you. That’s OK. It will make total sense to your wife; it’s basically fantasyland for Moms.

It’s hard to envision a male equivalent of this experience. It’s a little bit like when you walk into a baseball stadium (OK! I used a sports analogy!) for the first time of the year. The sight of the manicured grass, the waft of fresh nachos, and the roar of the crowd as your favorite player jacks one out of the park; you can’t exactly explain to someone why this is so great—it just is. That’s how it feels for your wife.

You might feel odd as you go into the spa to pay the bill, but here’s a little secret: you are the guy who booked a spa day for your wife—this elevates you to celebrity status among the spa staff. They may even offer you a glass of cucumber water. (It’s OK—and fashionable—to politely decline. You’re still a man, and you can only look so masculine while drinking cucumber water. A few of us can pull it off, but we’re few and far between.)

“But there aren’t any spas nearby,” you object. Ask around. Ask the husband who looks like he’s got his act together. He’ll know. This is America, after all. Unless you live in Walnut Grove, there is a spa within an hour’s drive of your home. (Maybe that’s one of the reasons that Little House on the Prairie was so depressing. After a hard day of watching her crops fail, seeing her dog get run over by a wagon, and getting the news that her husband was just swindled out of his cattle, Caroline Ingalls couldn’t just pick up the phone and call Elizabeth Arden to book a pedicure and a massage.)

Don’t look at spa time as a luxury. Homeschooling Moms deserve special attention. For my part, I have said it before and I will say it again: you homeschooling Moms are my heroes. We husbands so often fail at expressing this properly to our wives. I offer the idea of spa day as a somewhat pathetic attempt to express my gratitude. Spa day is my sadly imperfect way of doing for my wife what the rest of the world doesn’t often do—show her that her life as homeschooling mother is incredibly meaningful. It’s just a simple observation that if the hand that rocks the cradle rules the world, that hand deserves painted nails.

The idea is probably the continuation of some wise advice I received many years ago. The priest who did our pre-Cana classes advised me to take Lisa out once a week. “Every once in a while, a woman likes to carry a purse instead of a diaper bag,” he advised me. Pretty good advice, considering it came from a man who wasn’t married. In short, I think his message was simple—one that we can all adopt.