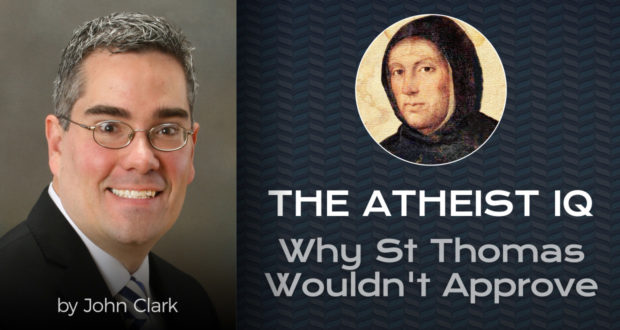 When I was growing up, reading various lists of the “smartest people in the world,” I sometimes found my faith tested. At that point—ignorant of the various proofs for the existence of God and the entire field of metaphysics—I read about the geniuses of the world who concluded that God did not exist.

My thought process was something like: “I know that these people are smarter than I am, and if some of them don’t believe in God, could they be on to something?” After all, these guys and gals had IQ’s of over 160 for goodness sake!

What I have come to realize in years since is that some accepted measures of intelligence are terribly flawed, especially in how they relate to matters of the existence of God.

Academically, our primary measure of intelligence is the IQ (intelligence quotient) test. It wasn’t always this way. For most of recorded history, human intelligence was not considered determinable by taking a twelve-minute quiz on the Internet. In fact, it was only in the late 1800’s that an intelligence test was devised. Up until that point, whether someone was considered intelligent was based on quite a number of factors.

If you were writing an intelligence test, you might include questions covering a broad swath of human knowledge. You might design a test that measured—among other things—creativity, artistic talent, wisdom, decision-making, the ability to solve puzzles, the ability to communicate with others, and the ability to recognize cause and effect.

But that’s not what IQ tests included. On the contrary, early intelligence tests were not intended to measure real-world areas of human intelligence or, for that matter, questions about God; these tests merely measured how well a person would do in school. If you did well in class, you were the kind of person who got a high IQ; if you scored a high IQ, you were the kind of person who did well in class.

People might object by asking: Why would questions about God appear on an intelligence test in the first place? They might ask: Isn’t the question about the existence of God a question of faith?

Furthermore, Saint Thomas considers that the path to reasoning to the existence of God is not a particularly difficult one to follow. If that is true, and if the way intelligence is scored is unaffected by whether or not one can reason to the existence of God, that definition of intelligence is flawed. If your game doesn’t take points off for denying an Unmoved Mover, then you need to design a new game: an intelligently designed game.

Of course, the mere belief in atheism is rarely the reason that is proffered; even atheists see the silliness in that. Rather, these atheists are often referred to vaguely as “great scientists.” Collectively, they seem to have formed a club of celebrity atheists, which meets in order to look down on the rest of us who, like Aristotle and Aquinas, believe in an uncreated God.

So I return to the question that haunted me as a child: does the fact that “smart” people deny the existence of God cause me any doubt? Not an iota.

Not only do today’s geniuses lack an exclusive or special aptitude for determining whether God exists, they can expect a celebrity status if they deny Him. What I have discovered is that the most interesting truths about God have nothing to do with whether He exists, but Who He Is. Because once you reason to the idea that God exists, you can then explore ideas like what it means that God loves us infinitely and how His love makes us happy.

That, my friends, is why Catholics love theology. Call that school of thought theological intelligence.