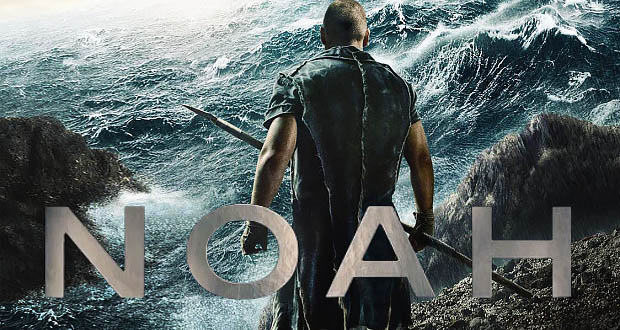 Why ‘Noah’ Could Change the Way You Read Scripture

Let me begin with an anti-spoiler alert: I have not seen “Noah.”

Since its theatrical release, some of my favorite internet sites, talk radio, and conservative television shows have been inundated with commentary about the movie “Noah.” The film has been criticized for its fabrication of “rock people,” for its radically-environmental viewpoint, and for its general idiocy. However, even in the most critical reviews, there is a negative aspect of the movie that I have not seen addressed.

Years ago, I inquired of a wise, old friend as to what her favorite religious movie was. Her answered surprised me. She said: “I don’t watch religious movies. The images in them can effect your reading of Scripture for the rest of your life.” Her point was that, after seeing a film, your meditations are influenced by what you have seen. The more I thought about it, the more I realized she had point.

Scripture passages transcend the level of mere literature. On a personal level, they shape who we are. They define our character. They sculpt our relationship with God. I have read the Noah passage many times since I was a child, and I have a mental picture of the account. The images in my head are formed by the words of the Bible. I think that is good.

Images can last a lifetime. When I was growing up, I was taught to “guard my eyes.” Like many Catholic fathers, I teach this to my children as well. Because once you see an image, it’s hard to mentally dismiss. Most of us can probably think of movies that we wish we hadn’t seen. I’ve seen my share.

If I were to see Noah, every time I read the Noah passage for the rest of my life, I would be thinking about that movie. For me, viewing that movie would mean putting a lot of trust in the director. And, frankly, I just don’t trust Hollywood that much. Hollywood hasn’t earned the trust of Christians—in fact, it has done quite the opposite.

It wasn’t always that way. In times past, some movie directors famously avoided showing the face of the actor who was portraying Jesus—they seemed to have a sensitivity toward God and toward the viewer. Ben Hur was a classic example. But those times have passed; more often than not, Christ and Christianity are mocked. And when we see an image of Christianity mocked, or even misunderstood, it can be burnt into our minds.

They say that we’re lucky that Hollywood is making movies about religion at all. No, actually, we’re not lucky. And if the Catholic reviewers of Noah are correct, should there be any surprise that Noah is a theological disaster? There is an old saying that, versus the screen adaption, the book was better. In the case of Biblical accounts, this is always true.

As Catholic parents, we should be careful not to see religious films for the mere reason that they are religious. We have to make sure that they are edifying; that they bring us closer to God. Not farther apart.