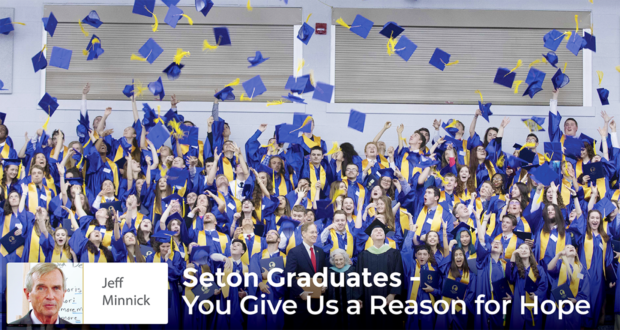 Seton Graduates – You Give Us a Reason for Hope

Graduation Day for the Seton Home Study Class of 2019 was a day of celebration but more so, the graduates gave the attendees a collective reason for hope.

It’s Saturday, May 25, 2019, and the gym of Skyline High School in Front Royal, Virginia, is jammed with the parents, siblings, relatives, and friends of the 144 seniors who today will receive their high school diploma from the Seton Home Study School.

Present are two families from the Philippines, a several students from Canada, and students from 32 states, including Marianne Garcia and her family from Hawaii.

Though organizers moved the ceremony this year from the Skyline High auditorium across the hall into the gymnasium to gain more space, the gym was filled to capacity — a far cry from the 35 students who attended the first such Seton graduation thirteen years ago.

The ceremony began with an homage to Father Frank Papa, who went to his eternal reward in September of 2018. Father Papa had served on the Seton board and had given tremendous support to homeschooling over the years.

Mr. Rich Walker, Seton board member and MC, then remarked that the occasion was a “day of celebration for all of us” and that the graduates were “a reason for hope” in the world, words that would form the overriding theme of all the evening’s speakers.

The first speaker was Retired Colonel Todd Counts. Colonel Counts called graduating senior Corin Mellone to the stage and presented him with a certificate honoring his admission to the United States Military Academy at West Point.

Next up to the microphone was Dr. Mary Kay Clark, Seton’s Founder and Director, who gave a rousing address encouraging graduates to carry their Faith into the world and praising their mothers and fathers.

“You parents are heroes,” she said, “and your commitment has strengthened our families, our nation, and our Catholic Church.”

Dr. Clark then brought up Father Fournier as an example of a heroic Catholic in action. Father Fournier was the priest who, when he saw the Notre Dame Cathedral on fire this spring, raced into the church to rescue the Crown of Thorns and the Blessed Sacrament with burning debris and melting lead from the rooftop falling around him.

According to Dr. Clark, the priest’s bravery and the rebuilding of the cathedral after the fire are lessons that the graduates must take to heart.

She urged them to keep the Blessed Sacrament in the center of their lives, be fearless in difficult times, and work always, to help “rebuild the mystical Body of Christ,” the Church.

Do Not Lose the Battle

Dr. Timothy O’Donnell, President of Christendom College, stepped next to the podium. Dr. O’Donnell opened with a quote from G.K. Chesterton: “…the one perfectly divine thing, the one glimpse of God’s paradise given on Earth, is to fight a losing battle—and not lose it.”

He reminded graduates that we are all involved in a great war with three principal enemies, “the world, the flesh, and the devil.” He pointed out that some people today believe nothing is worth dying for and that consequently nothing is worth living for. He exhorted the graduates to defend and live out their Catholic faith, and to always “act with a brave heart. Strive to be brave. Strive to be noble.”

Mary Schwartz and Abigail Curran, representing the Class of 2019, then presented their speeches which had been chosen by staff as the most outstanding.

Then came the moment everyone was waiting for. One by one, the graduates lined up, walked across the stage when their name, hometown, and state were called, and received their diplomas from Deacon Gene McGuirk.

You are Our Reason for Hope

Seven score of graduates took diploma in hand and marched back to their seats, where as a group they moved the gold tassels from left to right on their mortarboards.

One personal note here: While munching on the wonderful food, I spoke with the Robbins family of Ormond Beach, Florida. Graduate Maia will attend Stetson University in the fall, where she wants to study digital arts and creative writing. Her sister Darbi is a rising sophomore with Seton.

Mrs. Robbins informed me that when Maia spoke with an admissions recruiter at Stetson, who often visited exclusive private schools in New England to seek out prospects, the recruiter had not only heard of Seton, but also placed it on a par academically with the best private schools she visited.

A thumbs up for Seton.

And a double thumbs up for all our graduates.

You are our reason for hope.

Following a practice instituted at last year’s graduation ceremony, two Seton students addressed the crowd. Mary Schwartz explained that she was born in Communist China and put into an orphanage. After much prayer, the Schwartz family adopted Mary and brought her into their home in Connecticut. Through her remarkable journey from an officially atheistic country into the Catholic Faith, Mary came to believe in the providence of God in her life.

Abigail Curran of Leesburg, Virginia, reminded graduates that though they came from all over the country and from other nations, “we all walk under the same sun created by our Creator” and “all of us graduates share something important, and that is our love for Jesus Christ.” 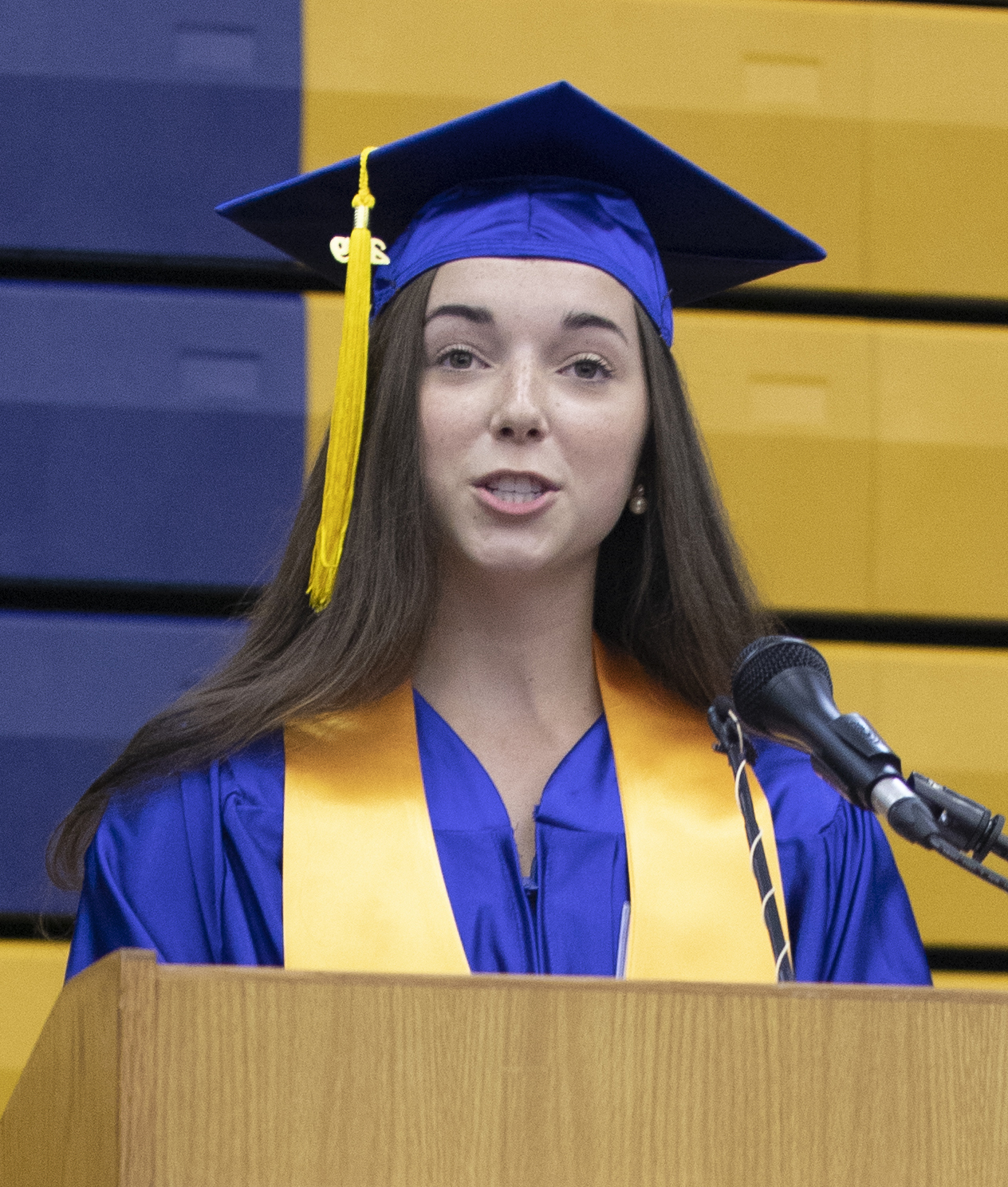 She ended by using the sun as a metaphor for Christ, a shining light around which Christians gather.

After his commencement speech, Dr. O’Donnell resumed his place at the podium to present Dr. Clark with Christendom College’s prestigious Catherine of Siena Award, an annual recognition of work done by an outstanding Catholic woman. He recounted the history of Dr. Clark and her work at Seton, pointing out that Seton currently served 12,000 students world wide and had, over the years, provided help and instructional material to more than 90,000 students.