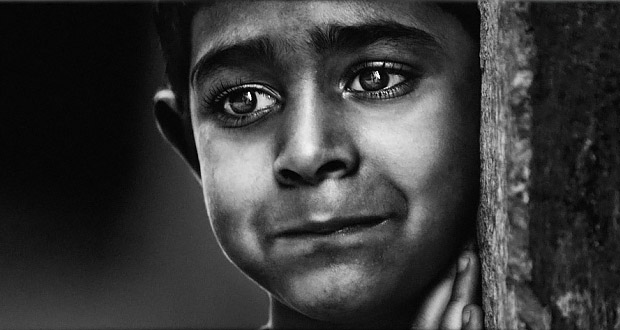 “Wouldn’t it be wonderful not to have to make the best of things” is the final line in Paul Horgan’s moving novel Thin Mountain Air, a masterpiece by a great Catholic novelist who twice won the Pulitzer Prize. The line refers to the great disappointment of a family that discovers the infidelity of a late husband and father loved by his family. This truth was never suspected in his lifetime but comes to light after his death.

Of course it shatters his esteemed image and brings untold anguish to his marriage. It breaks the unity and solidarity of a family that now must deal with the ruins which this disgrace brings into their lives.

So often in human life one must take broken pieces and shattered plans and begin again to reconstruct and repair an impaired life.

While it is a most human trait to desire the ideal, seek the best, and have the highest goals, all human lives suffer damages and require rebuilding. The unfaithful husband or wife, the deaths and illnesses in a family, the rebellion of the prodigal son or daughter, the loss of income or work all inflict destruction of some kind that forces another beginning, a fresh approach, a new idea, or the exercise of a heroic virtue.

Man is always in the business of fixing broken things that a fallen world destroys—whether it is a life ruined by alcohol, drugs, or addictions, marriages resulting in divorce, a church involved in scandal, or businesses ending in financial disaster.

In Dickens’ David Copperfield this theme recurs as the main character witnesses many reversals and misfortunes that foil his dreams and hopes. David’s early childhood suffers a great shock when his widowed mother remarries Mr. Murdstone, a cruel taskmaster who inflicts corporal punishment upon the child for not perfectly learning his lessons and, in the name of “firmness” and preparation for David’s “battle” with life, keeps David separated from his kind and loving mother lest she soften him with her affection.

David has no choice but to make the best of things once his happy home changes into a prison of severity and punishment. Later when David’s mother dies and Murdstone acts as sole guardian, the stepfather sends the boy to London to work in a bottle factory. From a boy fondly cherished by his mother to an unwanted child despised by a stepfather, and from a loving home to the inhuman conditions of child labor, David’s life suffers violent upheaval and many shattered pieces. He begins his life again when he walks for days from London to Dover to plead for succor from his Aunt Betsey.

In the short period of twelve years David has lost a mother and father, witnessed the premature loss of childhood, and left a home full of affection and the fondest memories of childhood, but these broken pieces of his life are reassembled when he finds an aunt who adopts him as her son, when he attends Dr. Strong’s academy that provides him a bona fide education, and when he studies to prepare for a career as a lawyer.

David makes the best of things in a remarkable way, never losing hope and never submitting to cynicism or failure. When Aunt Betsey suffers financial collapse and can no longer provide for David’s study of law, David must once again begin anew and change his plans. He assists as a secretary, reports parliamentary proceedings, and turns to writing as a profession. David’s whole life appears to be a series of misfortunes requiring him to make the best of things.

Finding the Angel in the Details

When his young, happy marriage to his “child-wife” Dora suddenly ends because of her early death, David finds himself at a total loss and in a state of great depression: “I came to think that the Future was walled up before me, that the energy and action of my life were at an end, that I never could find refuge but in the grave.” All these strange mutations in David’s span of twenty-five years have undone and waylaid so many beautiful ideals and noble goals, but they never reduce Dickens’ hero to a mere victim of life’s cruelty or to a romantic protagonist crying “I fall upon the thorns of life, I bleed” or pining in self-pity like a Byronic hero protesting “I have not loved the world, nor the world me.”

After travel, reflection, and healing David begins again as he recalls the constant affection and presence of Agnes, a beam of light penetrating and beautifying a stained glass window in a church in the same way she brought light into the darkness of his soul–a beloved childhood friend whom he always called his “good angel.” In his great sorrow Agnes “was like a sacred presence in my lonely house.” Despite the brokenness of things life’s possibilities never end.

In a fallen world the tragedies of life crack and devastate many solid structures that seem sturdy enough to weather all the storms of life, yet all are subject to loss and ruin: childhood, health, fortune, love, marriage, and happiness. While suffering the pain that inevitably accompanies the sadness of making the best of things, David discovers the reserves of spiritual resources and the inexhaustible power of hope that renew his heart and soul.

To make the best of things does not mean merely to begin again and build the same thing but to create anew an even stronger building, a more solid moral foundation, a greater love, a more forgiving heart, a more profound wisdom, and a deeper appreciation for all the precious moments, joys, memories, and persons that have been lost but will be cherished forever for their dearness in touching human lives.

“To make the best of things,” then, does not mean to resign with indifference to life’s limitations but to do the most that is humanly possible with all one’s resources of mind, heart, and soul to bring good out of evil.