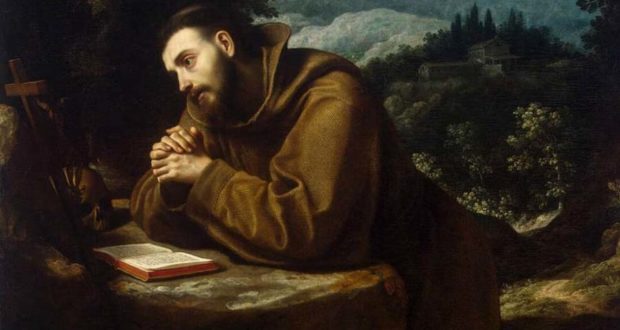 In this answer to a homeschooling mother, Dr. Clark, Director of Seton Home Study School, presents St. Francis as a contemporary role model for our children.

Q. My teenage son needs to hear from someone else that home schooling is important and a good thing to do. He misses the social life at school.

A. Our young people have a calling from God. They are hungry to hear the truth, but usually are not aware of it specifically. Many of our young people are like St. Francis of Assisi. Francis grew up with all his needs well met. He had nice clothes, a nice home, and a comfortable job in his father’s tailor shop. He was a social leader among the local well-brought up boys in town. Yet something was missing, and he could not figure out what it was. He wanted a cause, something to challenge him, something he could sacrifice for, something to give him more reason to live. He thought becoming a soldier, going to war and fighting for a good cause would give him some important purpose in life. After just a few months, he came back discouraged. A soldier’s life was still too earthly, not noble enough at all.

Shortly after, Jesus spoke to Francis, and asked him to rebuild His Church. Francis gave up all his worldly goods, even his clothes, and dedicated his life to saving souls.

St. Francis is a wonderful example for our teenage boys to help them realize that Catholic home schooling is teaching them the real meaning of life and the call to a heroic life, a life of sacrifice and virtue. A life surrounded with all kinds of comforts does not call forth the noblest virtues in our children.

I highly recommend obtaining EWTN, the Catholic television station founded by Mother Angelica. There are so many programs which can inspire our teenagers, not only because of the message of the Catholic Faith, but also because of the attractiveness of the call to Christ. Among the priests who present the Faith to teens in a compelling call to a life of sacrifice and virtue are Father Rutler, Archbishop Fulton Sheen in selections from the highly popular “Life is Worth Living” series, Father Groeschel whose apostolate to the poor in the streets of New York is most compelling to young people, and Msgr. Clark from Saint Agnes in New York City who talks with us about the acceptance of corrupt practices which we Catholics must stand up publicly against and protest.