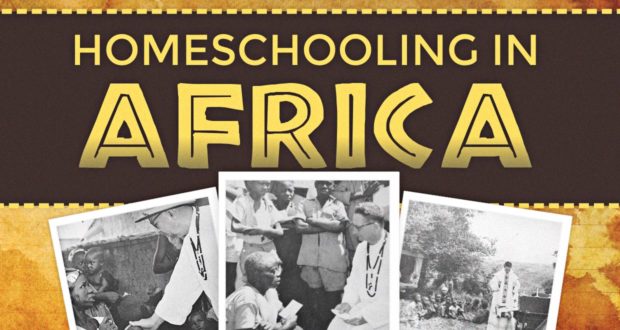 Homeschooling in Africa: Memories of a White Fathers Missionary

Memories from a Missionary of the White Fathers, who served in Africa from 1954 until 1965.

“Home Grown” is one of the claims that farmers make to assure people that the crops they produce are carefully and tenderly raised in a clean and healthy environment. So it is with homeschooling.

In the States, homeschooling is sometimes regarded as being alien and parents who have chosen to homeschool are sometimes looked upon with suspicion and viewed as anti-social.

Not in Central Africa, not so! From womb to tomb, homeschooling is the name of the game. Only a small percentage of children can go to school and fewer still graduate. Many of the existing schools were destroyed or closed by the ravages of incessant war and banditry.

Every Child is Wanted

The public schools faltered but homeschools did not and education continued. In Bantu Africa, it really takes and needs a village to educate a child. Every child is wanted, cherished and immensely precious in every village. Any new child in the village is an asset, its survival, a triumph; its death, a tragedy. 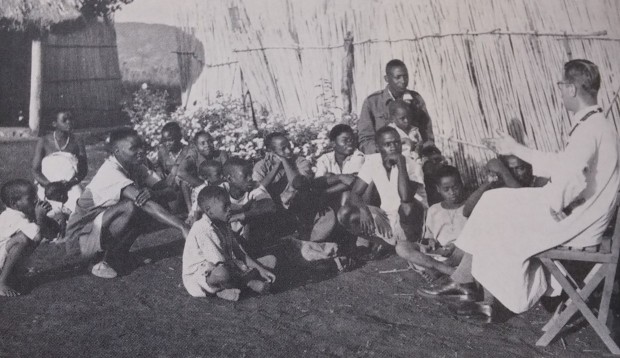 Once the child is born, his education begins. He learns that there is a host of people willing and ready to help. The village midwives give place to new-mother care-givers and nourishment providers.

When the baby moves from his mother’s back to his own two little feet, he is provided with a small head-ring (a rolled banana stalk leaf)and taught to carry little pots of water and light loads of firewood on his head.

The three Rs. are not neglected and the best schooled people – those who have finished fourth or fifth grade – teach the children to write and count and calculate with a twig as a pen and the dusty ground as a slate.

Health education begins at an early age. First hygiene, where lack of soap and water is a problem. But trips to the streams and rivers serve for an occasion to learn to bathe, wash clothes and fill large water pots. Healthful herbs and plants are identified and gathered. Poisonous plants and herbs are also noted and avoided. 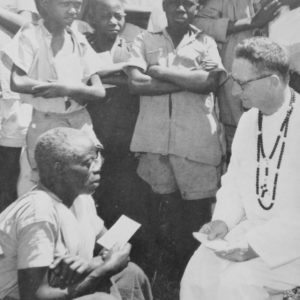 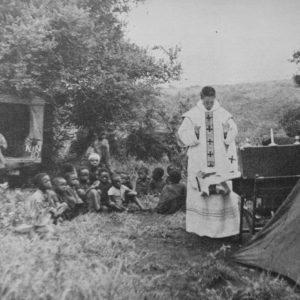 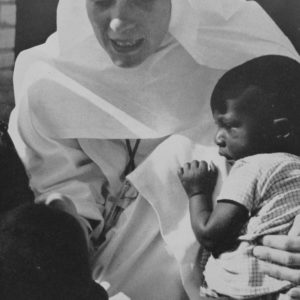 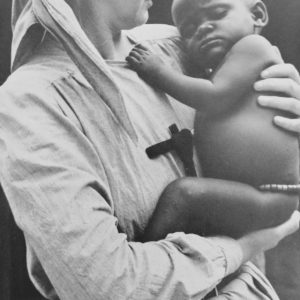 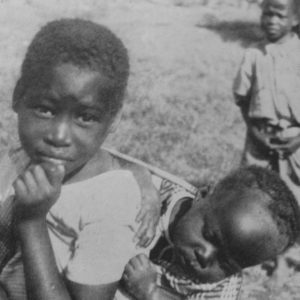 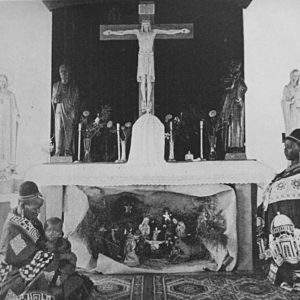 The culinary arts are instilled and boys as well as girls are taught to boil the inevitable bananas and beans which are the staple diet of the people, as well as to roast or boil the little meat they may have.

They are taught to guard the crops from ravagers such as monkeys, chimpanzees and baboons and the flocks from leopards, jackals and hyenas and themselves from poisonous snakes, stinging mosquitos and hungry rats. The boys are armed and instructed in the use of sharpened sticks, spears and bows and arrows.

A Season for Weddings

As they approach puberty, the parents, helped by groups of married men and women, teach them the marvels of their bodies. The importance of virginity is emphasized and the biggest disgrace for a family is to have a daughter who is even suspected of being unchaste. Youthful boys and girls are kept strictly separated, they always travel in groups everywhere and a young man must never be seen alone with a young woman or her reputation is ruined.

Engagements take place at an early age, usually to a partner who lives in another village. In the last two years before marriage, the instruction about the importance, responsibilities and joys of marriage are intensified and transmitted by a committee which organizes the village weddings. There is a season for weddings, when the harvests are saved, when the young men come back from the diamond or silver mines and coffee and rice plantations where they have earned the cash needed for the bride price and when there is leisure time for dancing and music and pombe (banana beer). 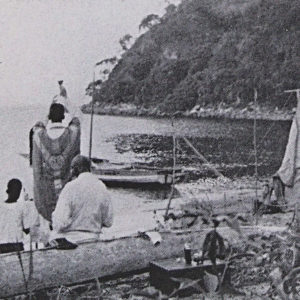 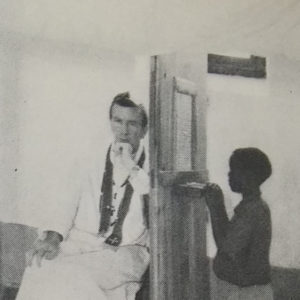 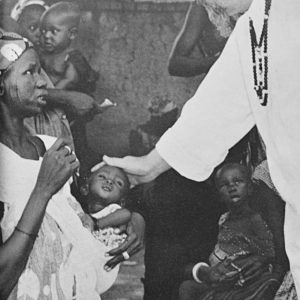 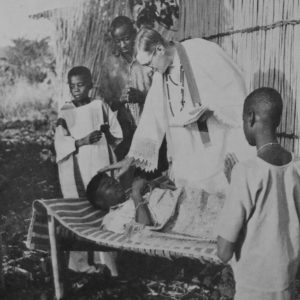 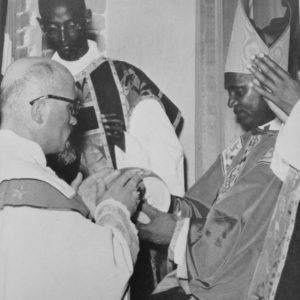 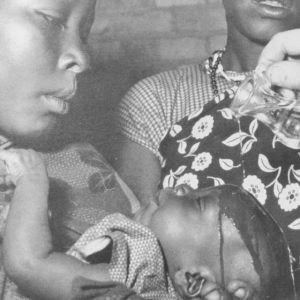 Night in the family hut is time for instruction in history, geography and general knowledge. No one leaves the house or village after dark, unless they are up to mischief or going to consult with witchdoctors who operate only in the dark. When night falls and the small entrance to the hut is sealed tight and the fire in the middle of the floor is doused, the children are instructed and entertained with lists of their ancestors and their lives, with stories of their derring-do and calamities, and their struggles against the Arab slave-traders, and how they treated their friends and foes. These narratives are repeated night after night until they are lodged deep in the memory of the fascinated children.

Finally religious education is paramount. Each village has a spiritual leader in the person of a Catholic Catechist, trained and supported by the local Catholic parish, which could consist of up to a hundred villages. The Catechist would spend some time every week at the local parish to report and pick up religious articles and instructions. 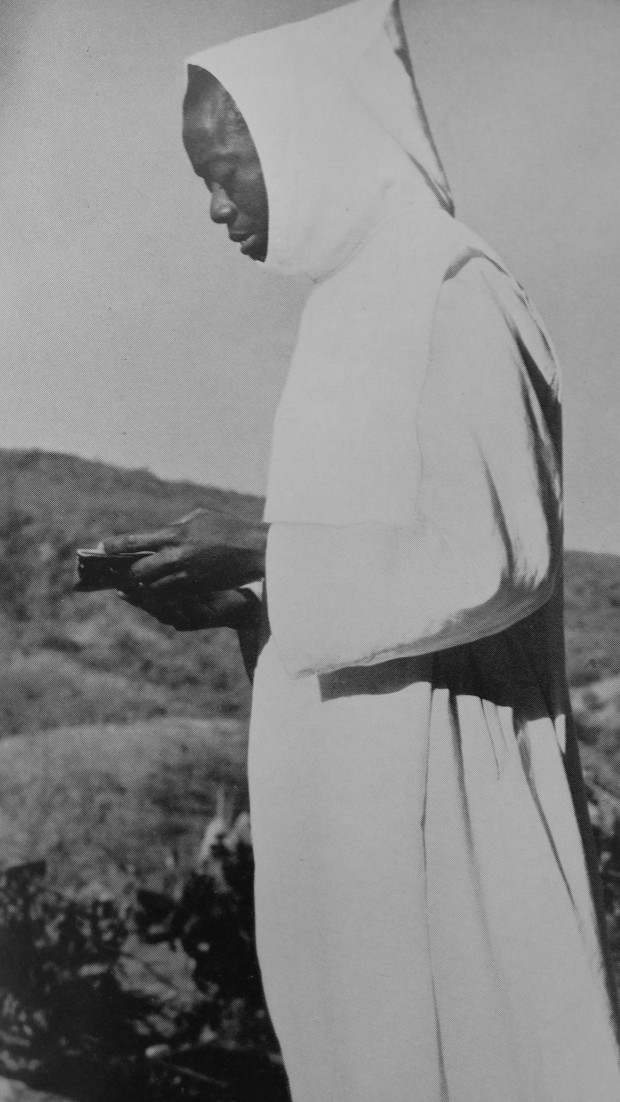 Every day, he would lead morning prayers and evening prayers publicly in the village and every midday would intone the Angelus while the village drums beat. He instructed the catechumens, young and old, in religious knowledge and helped them to learn the entire catechism and fifty hymns by heart. This was not too difficult a task, as the people had vicelike memories and it was a necessary requirement to be baptized at the end of a four year catechumenate.

Such was homeschooling in Central Africa some years ago, and not much has changed. Wars and want continue, famine and disease devastate, but strong families, strong villages and strong homeschooling persist.