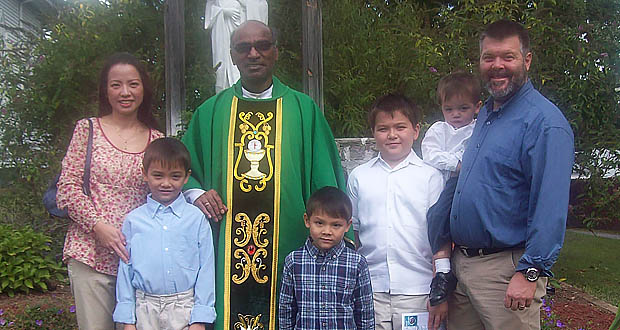 As pro-life Catholics, Barth and Abbie Bracy don’t want to pay for health insurance that covers elective abortion, but under the Affordable Care Act, they don’t have much choice.

The Bracys’ health-insurance plan is set to expire in November, and all policies currently offered by Access Health CT, Connecticut’s health care exchange, include coverage for elective abortions.

The couple responded by filing a lawsuit Friday against federal officials and Access Health CT, arguing that Obamacare violates their religious freedom by forcing them to pay for abortion services or go without insurance coverage.

Companies like Hobby Lobby have enjoyed success in the courts challenging the Affordable Care Act’s employer mandate on religious grounds, but the Bracys’ lawsuit appears to be the first filed by a would-be policy buyer challenging the abortion fee mandate.

“With Obamacare, if you like your current plan, you can’t always keep it, and you may have to pay for other people’s abortions in your new plan,” said Alliance Defending Freedom senior counsel Casey Mattox in a statement. “Neither the Constitution nor federal and state law allow for this type of government coercion.”

The lawsuit also challenges the so-called “secrecy clauses” that prohibit insurers on the exchange from divulging whether their policies cover abortion and what portion of the premiums collected from enrollees go toward paying for elective abortions.

“Defendants censor this critical information from the public, including the Bracys, even though it is essential to their attempts to discern which healthcare plans are most appropriate for their families,” says the lawsuit.

The federal and state health exchanges also provide “numerous hardship exceptions to the individual mandate for reasons other than religious conscience,” says the lawsuit.

Phased into all States by 2017

The Connecticut Office of Legislative Research reported April 14 that at least one multi-state plan must offer insurance policies that exclude abortion, but that the requirement is being phased in over the next few years, with all states being required to offer such a policy by 2017.

The problem for Mr. Bracy, who is executive director of Rhode Island State Right to Life, is that he and his wife need insurance coverage now for themselves and their four children. The Bracys saw their premiums jump in October by $70 to $494 per month on their set-to-expire plan, according to the lawsuit.

The family would only have to pay $2.63 per month after subsidies for the Access Health CT policy that most closely resembles their current policy, but that would require them to contribute to covering the costs of elective abortions.

Mr. Bracy had complained last year that HealthSourceRI only offered plans that include elective abortion coverage, which drew an online retort from Steve Ahlquist, president of Humanists of Rhode Island.

“Bracy’s complaint seems to stem from the fact that right now all of the 28 plans being offered on the exchange cover abortion. For those interested in such a plan, I would suggest waiting a bit,” said Mr. Ahlquist on RIFuture.org. “The law mandates that at least one such health care plan be included on the exchange by 2017, and most likely, before that date rolls around, there will be more than one such plan to choose from.”

Rep. Chris Smith, New Jersey Republican, reported last year that Connecticut is one of several states that does “not have a single plan that excludes elective abortion,” according to LifeSiteNews.

Mr. Smith is sponsoring the Abortion Insurance Full Disclosure Act (H.R. 3279), which would require insurers on the exchange to disclose whether elective-abortion coverage is included and provide the amount of the abortion surcharge.

“For months pro-life leaders have sought to get consistent clarity as to which Obamacare plans cover abortion and for months they have found the information nearly impossible to discern in any consistent way,” said Mr. Smith on LifeSiteNews. “Consumers deserve to at least know if the Obamacare plan they select includes abortion.”

Courtesy of the Washington Times 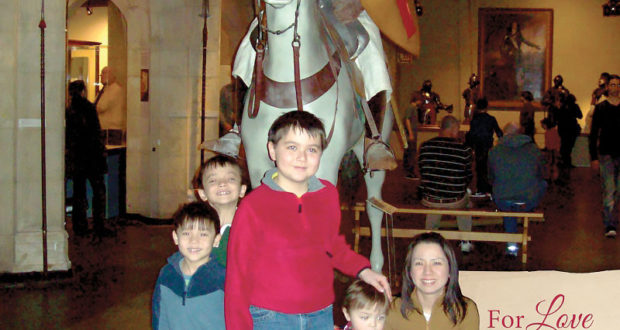 Meet the Bracy Family in their Oct. ’13 Seton Magazine article.