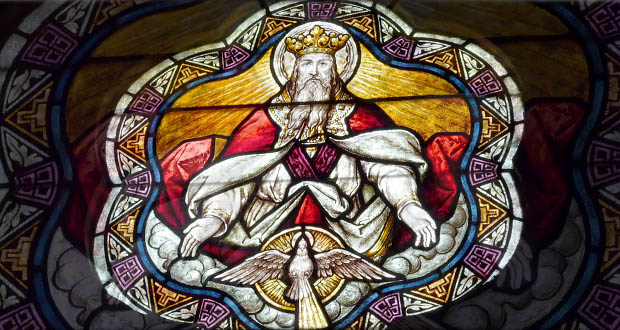 Surviving in a Secularized Society

Monsignor Ignacio Barreiro-Carambula directs the Rome office for Human Life International (HLI). These are selections from his article for the Fall 2013 issue of The Latin Mass: The Journal of Catholic Culture and Tradition.  He starts by quoting a speech given by Pope Francis on March 22, 2013:

“There is another form of poverty! It is the spiritual poverty of our time, which afflicts the so-called richer countries particularly seriously. It is what my much-loved predecessor, Benedict XVI, called the ‘tyranny of relativism,’ which allows everyone to create his own criterion and endangers the coexistence of peoples. But there is no true peace without truth.”

With greater strength, we have to present to the World the saving truth that was incarnated in Jesus Christ. As the ethical values inherited from Christianity that once upheld our societies come to their final destruction, we should understand that there is no common good without reference to the principles taught in a constant way by Catholic doctrine.

It is of the essence of liberalism to be relativistic: “Relativism, which justifies everything and treats all things as having equal value, assails the absolute character of Christian principles.”

We see how this relativistic spirit has entered into the catechesis in many countries where the truths of the Faith are not taught with clarity, due to an anti-dogmatic mentality. To condemn this evil spirit of relativism that dominates the contemporary world requires a substantial amount of courage because it is the cornerstone of the secular society in which we live.

In society, we can see signs of decadence worldwide. In a particular way, we can see it in countries that have legalized abortion and the so-called “marriage” between persons of the same sex and the adoption of children by same-sex couples.

These are consequences of a gender ideology that is profoundly anti-natural. This ideology has been used in some countries to criminally persecute opponents. ….

The Church has the obligation to lead society through her preaching, through her public worship, her formation of youth in schools and universities, and the word and example of a multitude of lay Catholics who are active in society…

…We have to see these realities with supernatural hope. Hope does not mean being firmly convinced only for salvation in Heaven, but also that He will give us the means as we struggle in this world. Christ will give us the resources to fight discouragement; He will sustain us during times of abandonment.

This is particularly important because living in and observing contemporary society, it is easy to feel prone to discouragement and to be dominated by a sense of abandonment, even by the Church. The Lord, in furnishing the means of salvation, will furnish not only the spiritual means but also all the necessary natural means.

Our impatience makes us doubt what is certain but we should never doubt that God’s assistance will arrive. Our impatience can be motivated by a personal feeling of having reached the limit of our waiting ability, an inclination that in some circumstances is understandable, but which we should combat with prayer, the frequent reception of the sacraments, and with the advice and encouragement of friends.

We need to cultivate a sensus fidei (a sense of faith) and a sense of the nearness of the Providence of God that will lift our spirit from the suffocating network of the structures of social sin that dominate our society.

Our impatience can have good motives… but we should never despair. The Lord is far more concerned than we are for the salvation of all His children. He will always find means to offer salvation to all who are ready to accept it.

We can be sure that in a not too distant future, the Lord will send Saints who, with prophetic strength, will preach the Faith. … Look at France, at the thousands upon thousands of demonstrators that continue to keep a constant and unrelenting opposition to the monstrosity of the legalization of same-sex “marriage”; that is certainly a sign of hope…

We should never forget that Christ is the Lord of history.