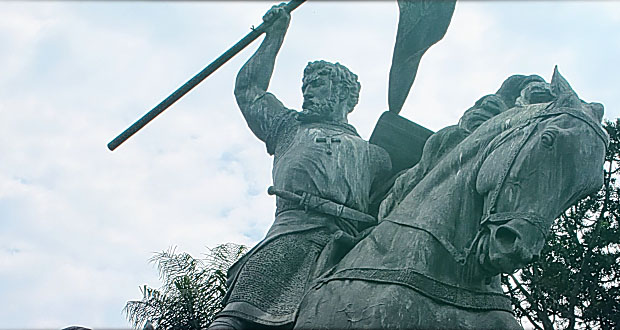 Several of our graders and counselors in the English Department came up with some ideas to help students to understand the different kinds of “conflict” which students are to write about in a book analysis for high school English. We think this might be useful for all our parents and students when analyzing books.

Conflict is a literary term referring to the opposition of two forces, expressed as “____ versus ____.” There are four main types of conflict in literature.

When the basic conflict in the story is one man or men opposing another man or men, we say this is a man versus man conflict. This is the conflict only when there is no other conflict that receives as much attention. A novel that has this as the main conflict may be emphasizing other aspects of the story over conflict.

When analyzing man versus man, be especially careful not to resort to plot summary. Rather, discuss the reasons behind the conflict and highlight the important moments that build tension or affect the power struggle between the opponents, explaining why they are important to the development of the conflict.

This involves the struggle of a person or group of people against non-intelligent, impersonal forces (not just “nature” in the strict sense of wilderness, although that is often the case). Again, avoid writing a plot summary, concentrating instead on the most important occurrences, and discussing how and why they occur. There are only a few of these on the Seton booklist.

This conflict involves a person or people whose ideas, or what they stand for, are not accepted by the society in which they live. What that society is depends on the focus of the author: it may be a family, a small village, or even an entire world. It is whatever group affects the main character the most. Keep in mind, the society may not actively or consciously act against him, nor will every member of that society always have the same ideas. Rather, the character will find it difficult to get along in that society because few or none share his point of view.

When analyzing this type of conflict, don’t ignore the action, but concentrate on the differences in belief that cause the conflict. Be sure to address changes in belief, and whether the character suffers an active or passive persecution. Is he attempting to change society (like a saint working for converts), or is he simply trying to resist outside influence, like avoiding peer pressure?

This conflict occurs when the focus of the story is on the main character changing his ideas or learning something. The actions and events in the novel serve as opportunities for the main character to reflect or gain experience. The end result is a change in the character’s beliefs or ideas following a major event, or series of events, in which the main character has to make a choice between the old belief and the new.

Usually the main conflict is fairly obvious to spot, but for some novels this isn’t the case. Sometimes other important but non-vital conflicts, called sub-conflicts, are given more attention at certain points in the story. This is why it is especially important to look at the book as a whole, rather than just concentrating on certain chapters or incidents.

When trying to identify or analyze the main conflict, carefully consider the ending and the main character. Who wins, or what values triumph? Why? Is the ending happy or sad? If there is a clearly victorious person or idea, is it good that these people or values win? Why or why not?

Don’t assume the conflict you find the most interesting is the main one. Some authors may be more interested in setting, analogy, character study, or some other literary element, in which case the conflict may be reduced to the bare minimum necessary to drive the story. When in doubt, review the most important circumstances, including thoughts and reflections involving the main character.

Looking for more? Here’s a link to an article focusing on Elementary Book Reports:

Released for the first time online, this article originally appeared in the April 2004 Edition of the Seton Newsletter, Volume XXI, 4