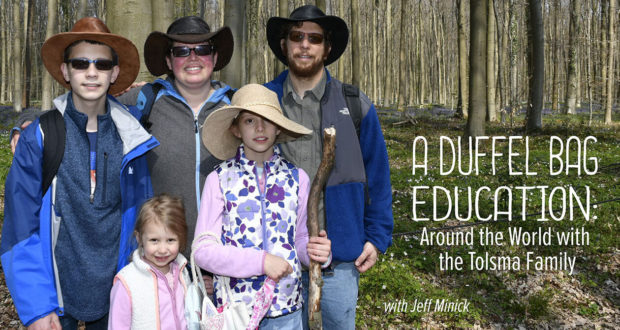 A Duffel Bag Education: Around the World with the Tolsma Family

Seton Home Study School curriculum helps address the challenges even when home is as varied as Russia, Mexico, Paraguay, Lithuania, or even Wuhan, China.

On January 23, 2020, the city of Wuhan began shutting down because of COVID-19. The drastic measures taken by the government, which lasted until the following April, included complete isolation in the home, with groceries delivered to the front door.

And the Tolsma family was in danger of being locked down as well.

Luisa and Scott Tolsma, along with their three children, Joseph, Cecilia, and Marcela, had lived in Wuhan for six months when the pandemic broke out. Scott, an Information Management Specialist for the U.S. Department of State, was working on the computer systems in the consulate. When the order came for Americans to leave the country, chaos ensued. 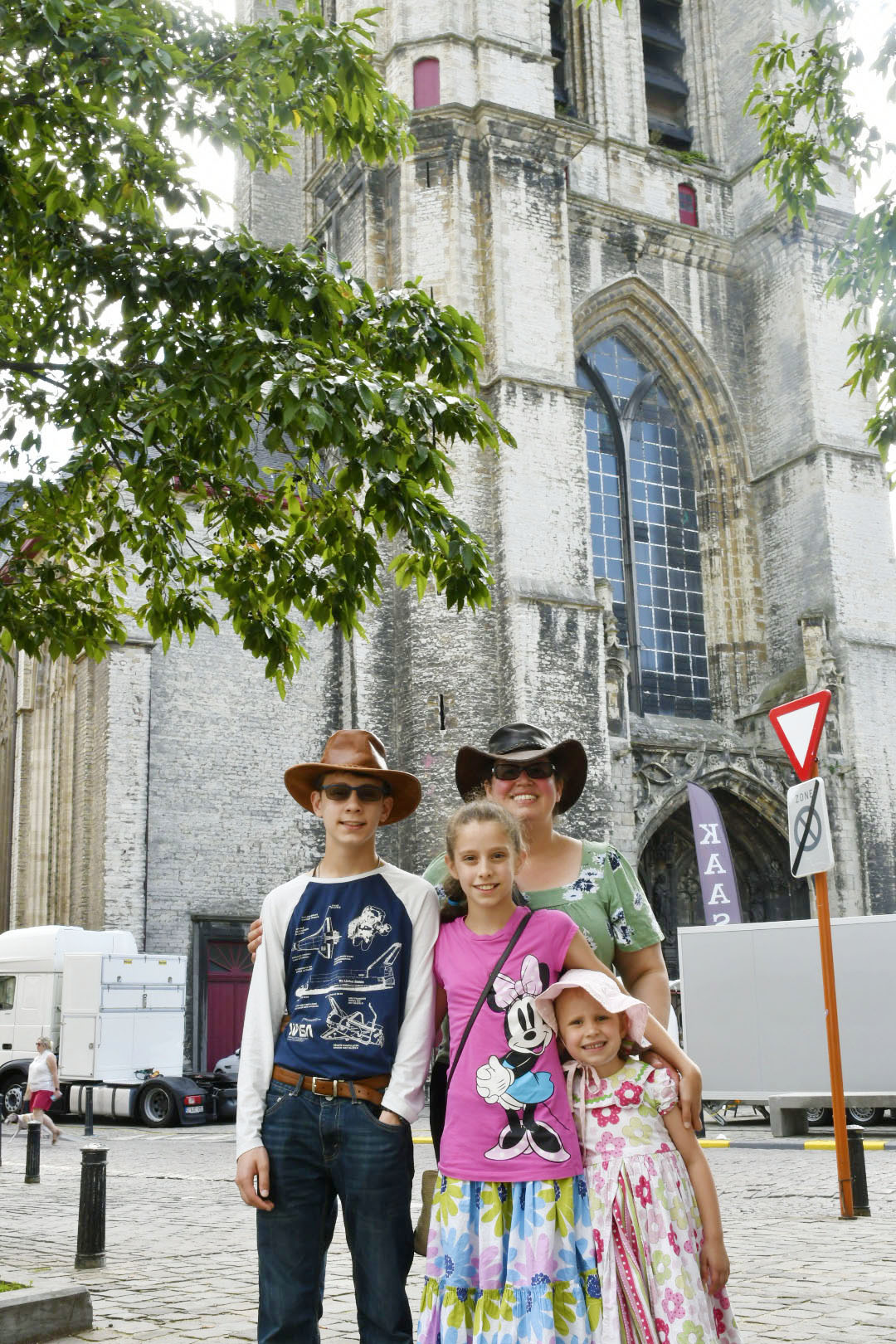 “When we left Wuhan,” Luisa says, “we were allowed to take one carry-on for each person and two large suitcases. I had 30 minutes’ notice to close down the house where we were living. We left most of our personal belongings behind. We didn’t know where in the States we were going until we were in mid-flight on the plane.”

After landing in Alaska and then being quarantined at an Air Force base in California, the family spent the next few months in Arlington, Virginia. When Scott returned to China in June 2020 to work and to secure the belongings they’d left behind, Luisa took the children for five months to Asheville, North Carolina, to be near her family.

For the past year, the Tolsma family has lived in Belgium, where Scott now works, and where Luisa teaches her children using the Seton Home Study School.

Because Luisa’s father was a Peruvian diplomat, as a child, she lived not only in Asheville but also in Spain and South America. Spanish was her first language, and her mother taught her English as she grew up. She attended excellent Catholic schools overseas, graduated from high school in Asheville, and entered the University of North Carolina-Chapel Hill, where she soon met her future husband, Scott. He majored in computer science and math, and Luisa won her degrees in international studies and Romance languages.

In 2004, Scott and Luisa were married in Asheville’s Basilica of Saint Lawrence.

Since then, they have lived in places as varied as Russia, Mexico, Paraguay, Lithuania, and of course, Wuhan, China. 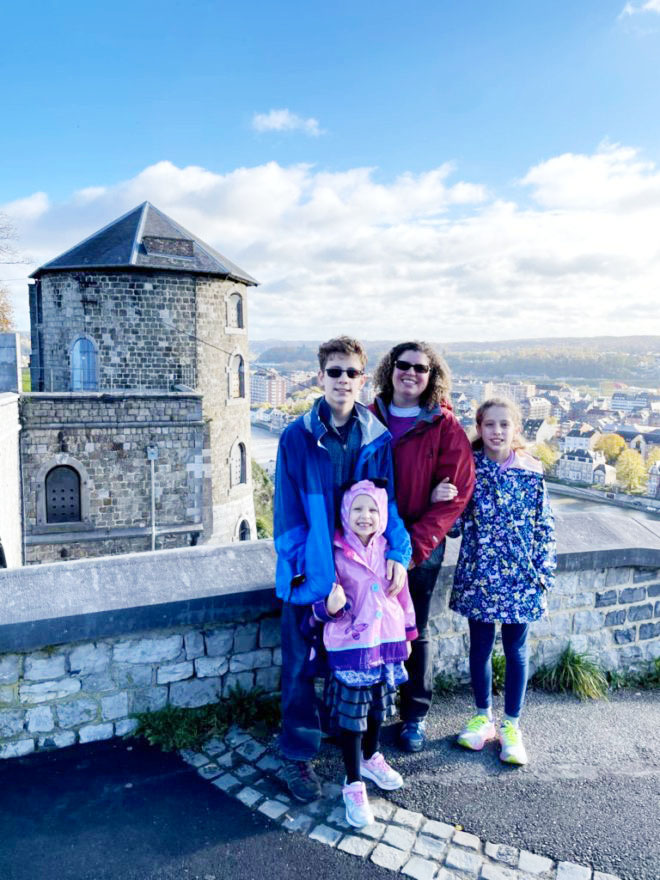 These frequent moves brought educational challenges to the Tolsma family. Luisa was particularly concerned about the failure of some of these schools to teach grammar and spelling to their students. “It was in China that I noticed the gaps in the language arts,” she says. “They didn’t teach the basics. When we were evacuated, I began researching homeschooling and discovered Seton’s excellent grammar reputation. That’s when I called them early on in the pandemic. When our flight landed in Arlington, the Seton materials were waiting for us.”

Luisa laughs when she describes their later trek to Brussels. “I put all our Seton books, binders, and note cards into three duffel bags, and off we went.”

Today 14-year-old eighth-grader Joseph is enrolled in the Brussels International Catholic School, which is run by the traditionalist religious order, the Institute of Christ the King, but he uses Seton to supplement his schooling in Spanish and Math. 12-year-old Cecilia, grade 6, is a full-time Seton student, as is her sister Marcela, a 5-year-old first-grader.

Luisa is grateful for the Seton program for several reasons. She is delighted with the grammar and spelling programs, and gives this example of the benefits gained from the Seton approach. When a Latin teacher at the International School was struck by Joseph’s grasp of grammar mechanics and asked how he had gained such proficiency, Joseph offered his Seton grammar book as the explanation. 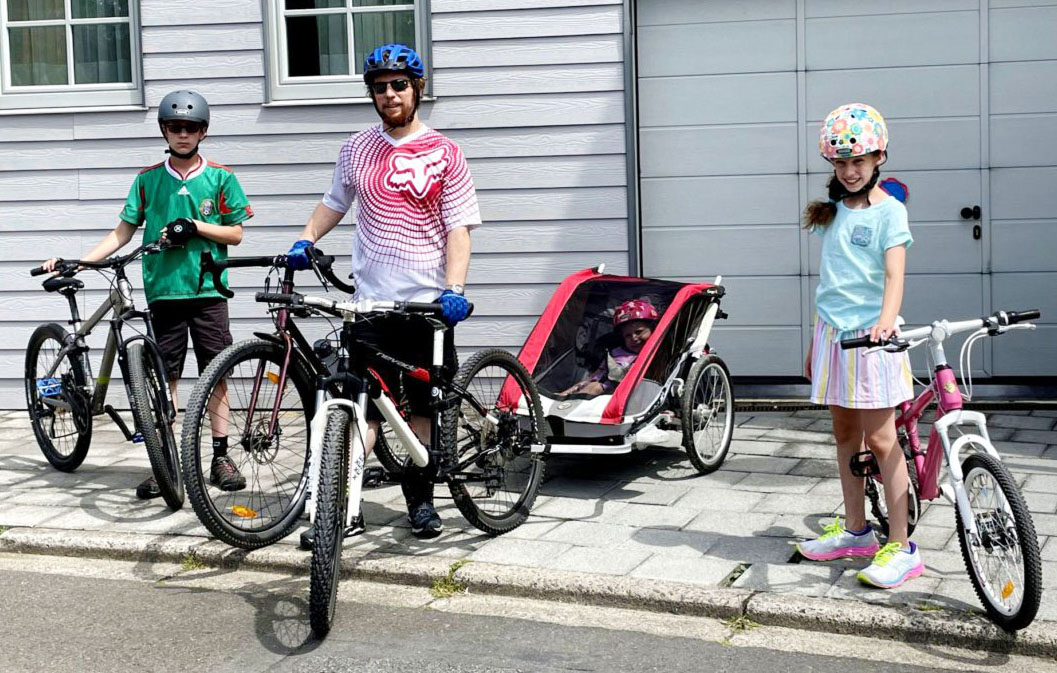 Luisa also appreciates Seton’s Special Services department. Cecilia struggles with reading, spelling, and math. Some of the schools they had attended earlier offered little help in her daughter’s academic struggles. This trend continued in China. Thanks to Seton and her perseverance, Cecilia has made enormous progress in her academic studies.

Finally, Luisa likes the detailed lesson plans. “It’s a nice road map for a person that doesn’t have a teaching background, and I know I’m not creating gaps in my kids’ education. And then there’s the flexibility not found in an institutional school setting. If I see the kids understand a concept, we can take a test and move on or expand on a difficult topic.”

In addition to some of these academic roadblocks, these international moves have also brought challenges to the Tolsma family when practicing their faith. 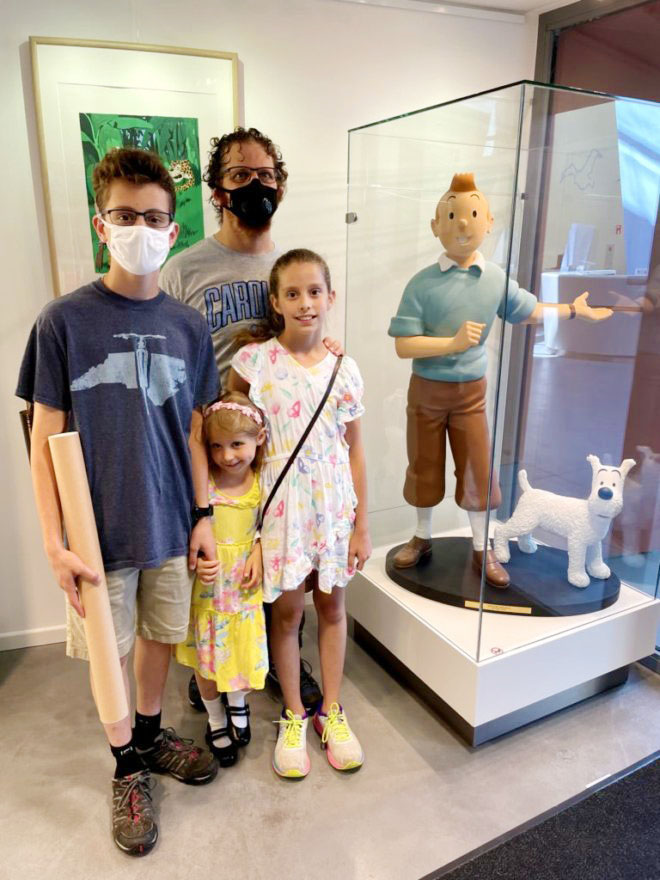 “We hit a wall in China,” Luisa says. “The popular culture doesn’t value God or any other deep sense of spirituality. This made the culture extra difficult for my kids to understand. And it was tough to find a Mass. The closest English Mass was two hours away, and at the nearby Chinese Mass, we drew too much attention as the only foreigners.”

Today in Brussels, that situation is much improved. The Tolsma family is active in the parish L’Église Conventuelle du Couvent Saint-Anne, which is associated with the International School and offers the traditional Latin Mass. Joseph is very involved as a server and plays the clarinet during services when he’s not on the altar.

“Many of the kids who go to the school and their families attend Mass there,” Luisa says. “It’s our lifeline to other people. Recently we met another American family that also homeschools.”

When asked for details about a typical school day, Luisa emailed this response to Seton:

“We usually rise early to get in our prayers and chores before sitting down for school. We eat breakfast as a family while listening to Catholic Sprouts’ podcasts or sermons from our priests back in the U.S. I start school with Cecilia at 8 a.m., working on Phonics, Math, and English, her hardest subjects. Marcela gets dressed, does her chores, and plays for a little while during that time. She starts her work around 9 a.m. She completed the Seton Pre-K program and is nearly finished with her kindergarten work. We started working on the first-grade books in Phonics, English, Spelling, History, Math, and Science. We try to practice Spanish every day through read-alouda and workbooks. Cecilia is also taking a middle school Spanish conversation course through Homeschool Connections.”

In their time away from work and school, the family enjoys biking—“Belgium is very bike-friendly,” Luisa reports—hiking, visiting museums and historical sites, and family read-alouda, with the most recent shared story being a translation into Spanish of The Little Prince. 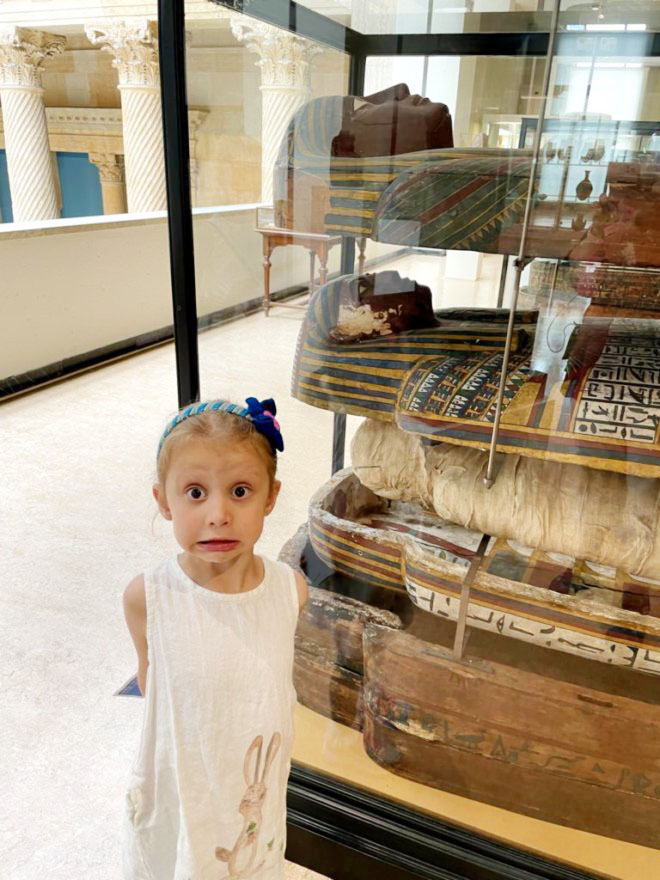 When asked what advice she might give to families considering homeschooling, Luisa pauses a moment, then says, “I would tell them to have confidence and do your research and pray. And give yourself grace because sometimes you feel a lot of pressure.”

Faith, persistence, adaptability, grace, and courage when life throws a curveball. These make up the wings that allow the Tolsma family to fly.