Karla and Kevin Bagatta teach their children that student success is built on three pillars: preparation, personal responsibility, and keeping the Faith.

Maybe you’re new to homeschooling and enrolled in Seton, and you’re wondering whether the program is preparing your tenth grader for college. Maybe you’re a veteran homeschooler, and you’re fretting over the same question.

Maybe you’re a Seton high school student feeling burdened by your assignments and asking yourself what good will come of so much reading and writing.
Wonder, fret, and worry no more.

Recently, I paid a visit via telephone to Hummelstown, Pennsylvania, where I spoke with Karla Bagatta, wife to Kevin and mother of four sons and two daughters. Kevin’s mother, age 90, also lives with the family.

Karla grew up in North Dakota, Kevin in New York, and they met when he was stationed in North Dakota in the Air Force. Later, Karla taught third grade for several years in a Catholic school and like any good teacher, values education: an attitude that she brought to her homeschooling.

Of these children, the oldest, Kevin Jr., graduated from Penn State and is now working in Hummelstown. Patrick just graduated from Belmont Abbey College in North Carolina, where his sister Angela is a sophomore. Seton senior Matthew is off to Ohio’s Walsh University. 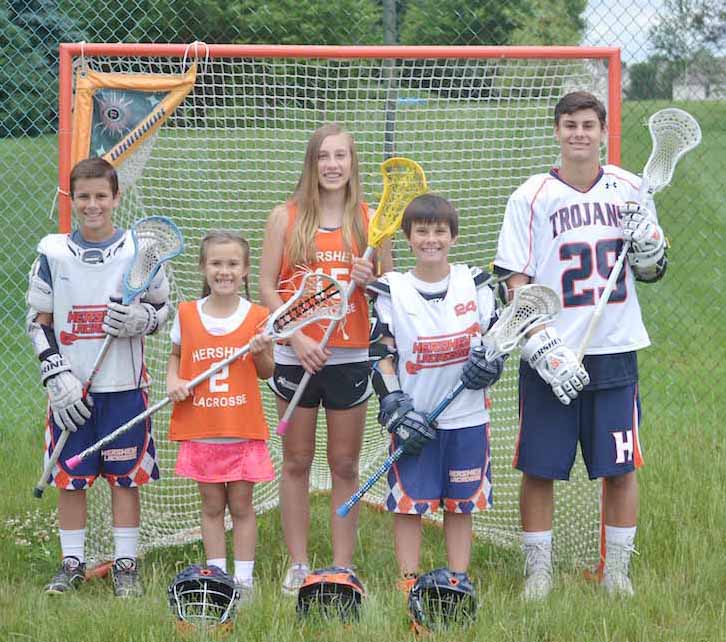 Still at home are David, currently enrolled as a ninth-grader with Seton, and his seventh-grade sister Mary Grace who uses Seton materials in her homeschooling.
After concluding our phone call, I looked over my notes and realized that Karla and Kevin have given their children three precious gifts: the necessity of preparation, the acceptance of responsibility, and the importance of faith.

Success is Built on Preparation

All of Karla’s children who have attended college are Seton graduates, and all of them credit Seton for their academic success in these institutions. “Every one of them called me during the first week or two at college,” Karla says, “and told me how much they appreciated Seton’s academic program.”

When Patrick was a senior with Seton, his mother tells me, he spent much of the year bemoaning the workload for the Advanced American Literature course, wondering aloud time and again what the point was for so much reading and writing.

After his first class at Belmont Abbey, for which the students were supposed to read C.S. Lewis’s “The Screwtape Letters,” he realized how much better prepared he was academically than most of his classmates and was shocked by how many of his freshman classmates came to class without cracking open the book.

When they had questions about an assignment or a test, Karla required each of her high school children to contact the Seton counselors themselves.

She tells me each of her students was terrified at first to make such calls, but then quickly realized that the Seton academic counselors were in their corner and were there to help them.

These exercises in responsibility paid off when the children went to college. When Patrick first arrived at Belmont Abbey, he attended a meeting in which different department heads addressed the students. 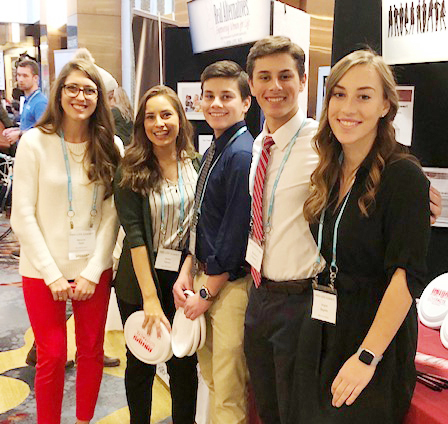 Afterwards, he went to the woman representing “academics for athletes” with concerns about his studies and the time required for his lacrosse—Patrick, Angela, and Matthew all won lacrosse scholarships to help pay their way through college.

“I’m not going home,” he told her, meaning he wasn’t going to flunk out. “So what do I do?” This administrator went over his textbooks and assignments with him, and then said, “Patrick, you’re going to do well.”

“Because you’re the only freshman who came to see me after the talk. That’s how I know.”

Patrick took responsibility for his education. 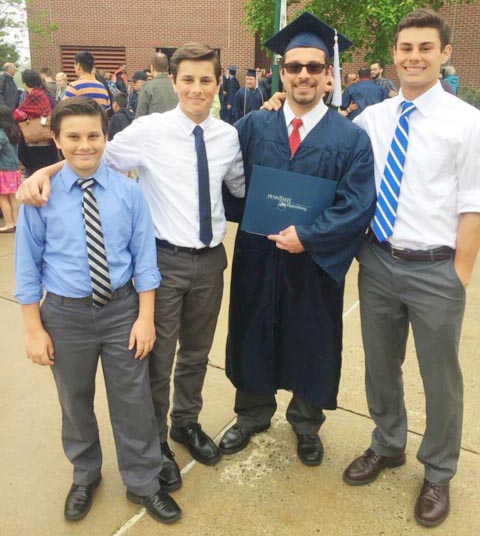 Their Catholic faith lies at the heart of this family and binds them together.

Kevin is the President and CEO of Real Alternatives, a pro-life non-profit charity that administers life-affirming pregnancy and parenting support programs throughout the nation. Real Alternatives contracts with the states to provide taxpayer funds to pregnancy support centers, Catholic Charities, adoption centers, and maternity homes.

The Bagatta children who have gone to college continue to attend weekly Masses and practice their faith. Karla credits the Seton program with helping to strengthen that faith.

She tells me that her oldest son once explained it this way: “The Seton religion classes gave me a deep understanding and knowledge of my faith but also the ability to explain and defend my Catholic beliefs.”

When Belmont Abbey locked down and sent its students home in the spring of 2020, Angela faced a season with only a little time on the lacrosse field. She felt even more sadness for her brother Patrick, whose team was highly ranked and expected to make the national championship. Angela went to the Marian grotto at the school, prayed, and then texted Karla, “When I can’t be with my mom, I go to my other mama.” 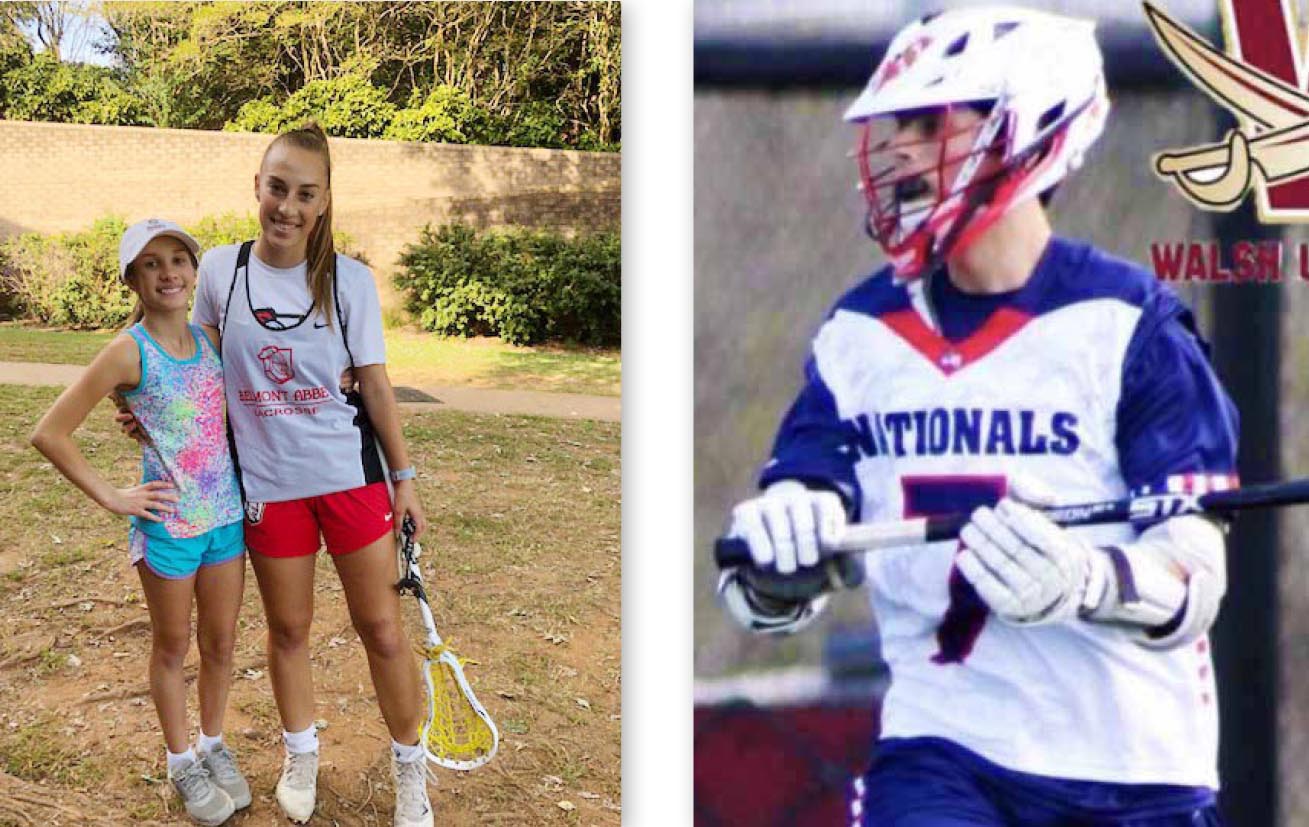 Besides enjoying our conversation—Karla has a vivacious, energetic voice—I pondered a few additional points she made. She kept stressing, for instance, the importance Seton places on analysis in its literature and writing programs. “Writing and analyzing what they read is one of the biggest pluses of Seton for students,” she says.

Given the inability of so many Americans these days to approach life and politics analytically, her words struck a chord with me.

Karla also mentioned several times that Seton Home Study School had challenged her teenagers and regarded this as a good thing. “We need to push our teens,” she said, adding that she might not have done so to the same extent without Seton.

When asked what advice she had for new homeschool moms, Karla thought a moment, then replied, “Just keep pushing through and saying your prayers because the end result is worth it.”