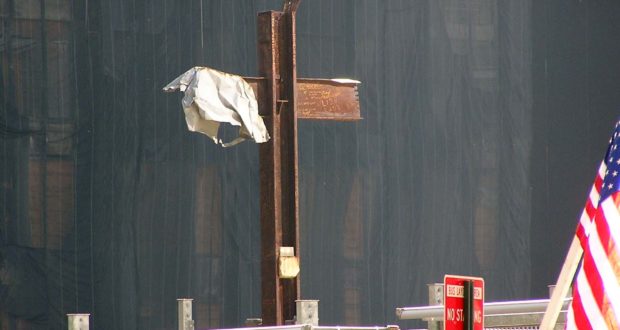 In Remembrance of Fallen Heroes

Where were you eleven years ago today?

“September 11, 2001, was the deadliest day in history for New York Cityfirefighters: 343 were killed.” www.history.com

Eleven years ago today, terrorists flew two hijacked planes into the Twin Towers of the World Trade Center in New York City. A third plane hit part of the Pentagon, and a fourth, that might have been destined for the White house, crash landed in a Pennsylvania field when some of the passengers rose up and defied the terrorists.

The images and sounds of that day jolted us out of our complacency and are seared into our national memory. Many of us can remember exactly what we were doing and where we were when the attacks occurred. We were homeschooling when my husband called to tell me what had happened. I didn’t see the first plane go into the towers, but I saw the second. It is something I will never forget.

On September 11, 2001, the hidden heroes of our nation became visible, rising to the occasion, rushing to help the victims and often becoming victims themselves. They were firefighters, priests, paramedics, policemen, and others, too many to mention. The majority of these heroes will never be known except to their families and friends, and to God.

May they rest in peace.

On the anniversary of this tragedy I am reminded of the many freedoms we enjoy as Americans, freedoms that we may be on the brink of losing, or which may be curtailed severely, in the future. We are guaranteed freedom of, not from, religion; freedom of speech for all, not for just a few; and the right to life in all its stages. There are those who seem to believe we can’t think responsibly for ourselves and that our beliefs are outmoded. They want to think for us—even when it goes against all that we are.

That brings me back to the heroes of 9-11. They are an inspiration to me. They weren’t afraid to act on what they believed, or to respond to a need, regardless of the cost. I think that attitude, coupled with the events of eleven years ago have a lot to say to us and to our children. Freedoms are a fragile thing. If we want to keep them, we must stand up to be counted and we must make our voices heard, whether it’s in the voting booth, at the water cooler, in the public square, or God forbid, on the field of battle. This could be a great (supplemental) history or government lesson for our children, especially in light of the upcoming elections.

If anyone has plans to tie in the events of 9-11 with their lessons in the next week or so, please share what you’re doing. Maybe you’re not only tying the event into government or American history. Maybe you’re tying it into world history or Religion and the lives of the saints as well? We’d love to hear. Someone else might benefit from your creativity.

And you can find some activities here: 9/11-2001 The Day that Changed the World