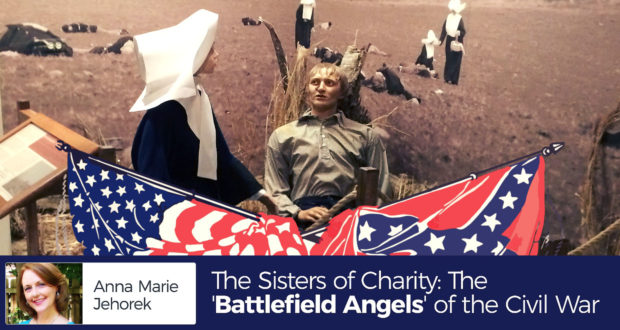 The Sisters of Charity: The ‘Battlefield Angels’ of the Civil War

One of the many benefits of Seton Home Study is that the curriculum incorporates Catholicism into all aspects of academics, especially history.

Catholics have played a significant role in America’s history, and Seton’s books masterfully outline the Catholic impact on America’s story. 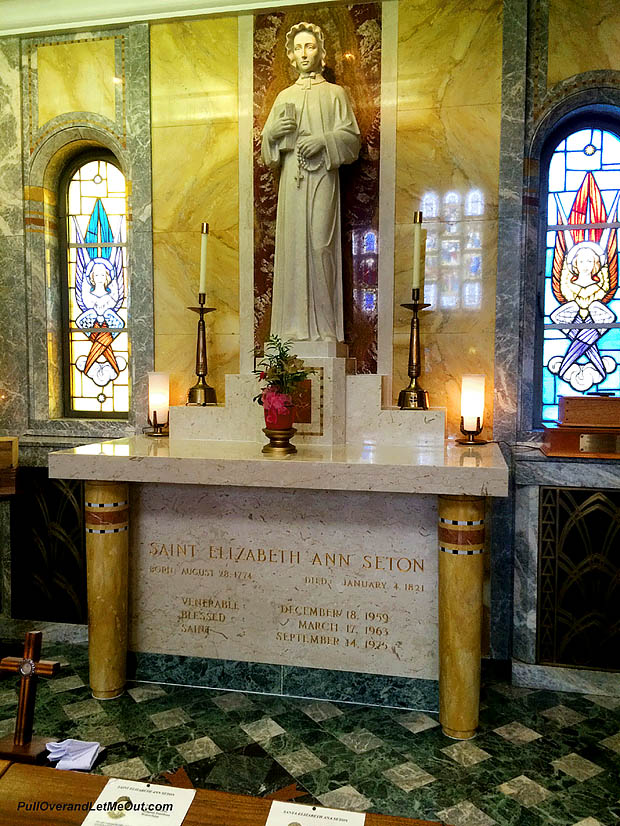 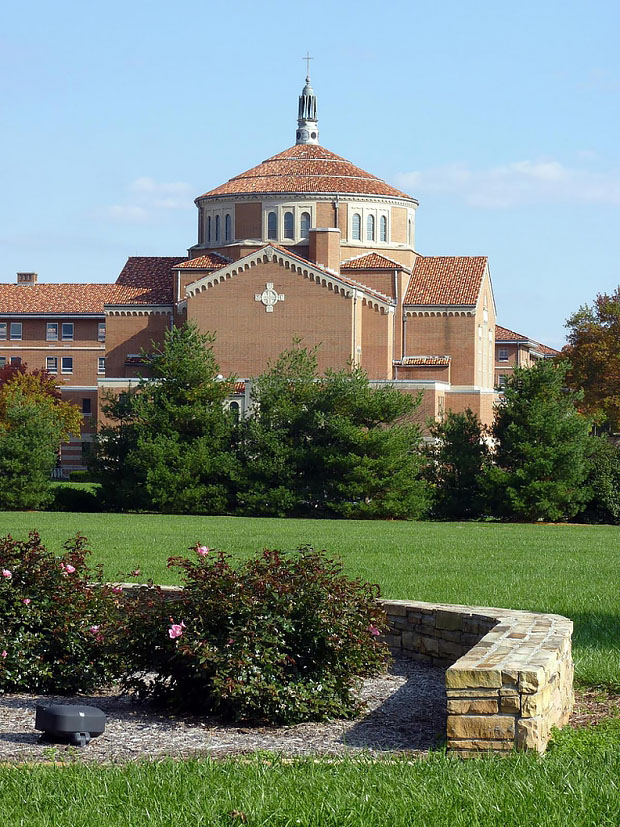 Though we ventured to Emmitsburg in search of the shrine, we discovered more waiting there than the story of America’s first native-born citizen to be canonized; we also found a Civil War story.

After her death, the order she established, the Sisters of Charity of St. Joseph and the Daughters of Charity, carried on Mother Seton’s work. It is their story of service during the Civil War that became our serendipitous find.

In late June of 1863, the Civil War arrived on the doorstep of the Sisters of Charity of St. Joseph in Emmitsburg when the Union Army encamped on their lawn. Mother Seton’s former home, The White House, became a Union general’s office, where he plotted strategy for the impending battle which would alter the course of the war.

Emmitsburg, Maryland, is about ten miles from Gettysburg, Pennsylvania. For three days, the sound of canon fire pounded in the distance in what would prove to be one of the bloodiest and most important battles of the war.

Most of the residents of St. Joseph’s had been sent away when news of the war’s approach came. However, approximately 63 nuns remained behind, and when the cannon fire ceased, they did what came naturally; they ministered to the sick, wounded and dying.

The nun nurses were initially met with distrust due to the strong anti-Catholic sentiment of the time, but they quickly gained the confidence of both sides, offering the same level of care regardless of which uniform the soldiers wore. 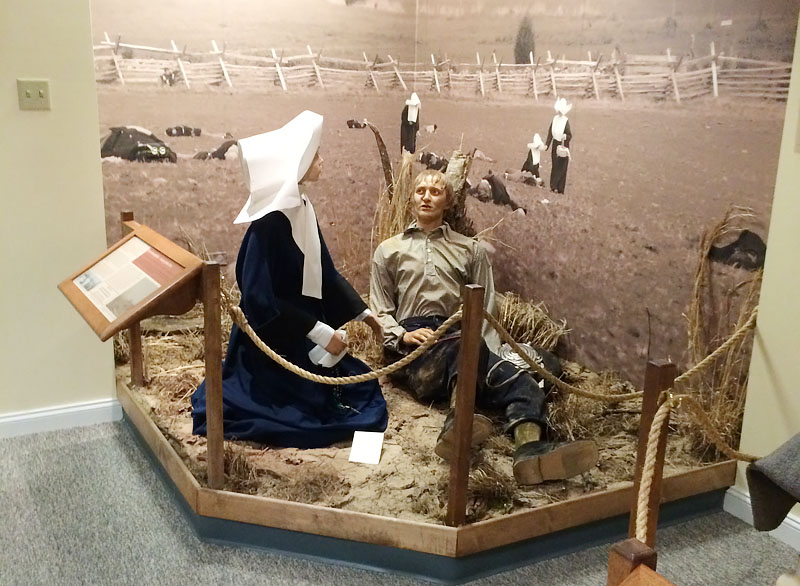 With their wide white cornets giving the appearance of wings, they became known as battlefield “angels.” The sight of a wide, white hat meant help was on its way. These battlefield angels witnessed some of the worst atrocities of war, yet continued with their devoted acts of mercy. 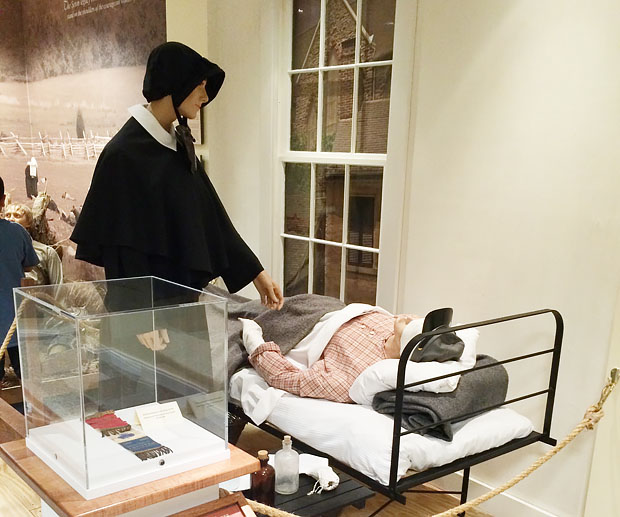 After the battle of Gettysburg, the Daughters and Sisters of Charity bravely tended to the soldiers where they had fallen or in make-shift hospitals. At the National Shrine of Saint Elizabeth Ann Seton, the Charity Afire exhibit details this story of the Sisters and their service. Life-like mannequins depict scenes of the nuns caring for the wounded.

The Civil War Walking Tour, a guided tour of the grounds, takes visitors on a journey through the time line of the battle, recounting stories of the nurses and events along the way.

“The country had only 600 trained nurses at the start of the Civil War. All were Catholic nuns. This is one of the best-kept secrets in our nation’s history,” wrote Father William Barnaby Faherty. 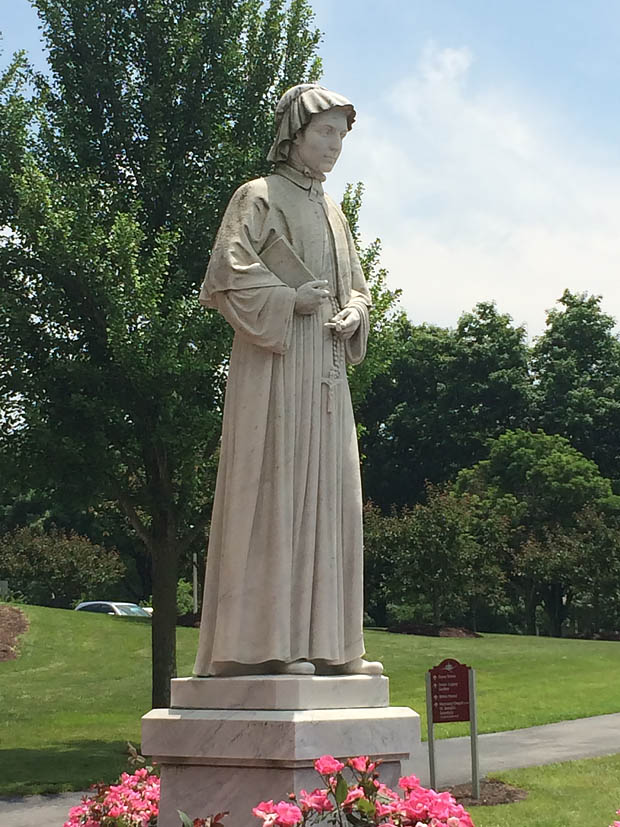 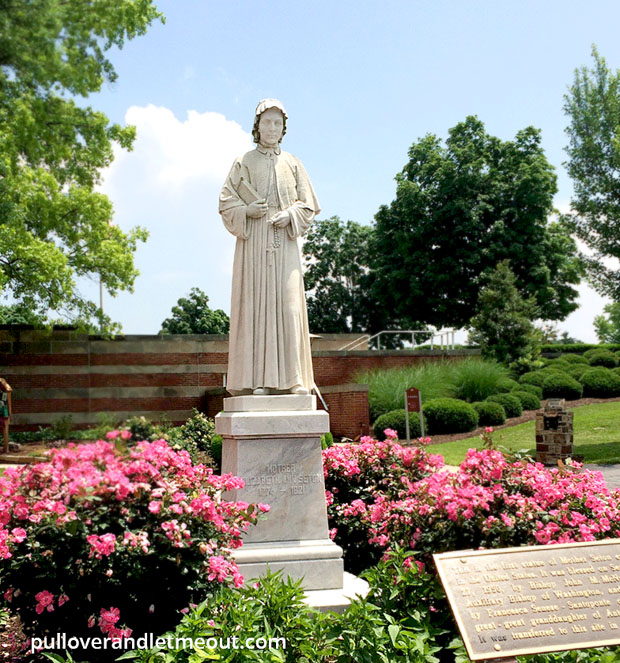 Though we arrived at the shrine in search of Mother Seton’s story, we found much more. We found a history lesson which stands as a testament to Mother Seton’s legacy and the order of nuns who continued her mission years after she departed this life.

The story of the Sisters of Charity of St. Joseph and their bravery in caring for the wounded and dying during the American Civil War serves as another great reminder of our Catholic heritage, and for us, it proved to be an unexpected history lesson enveloped in faith. 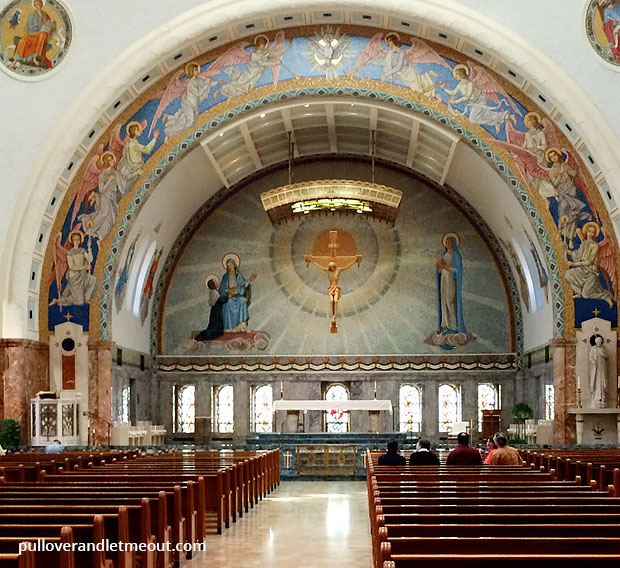 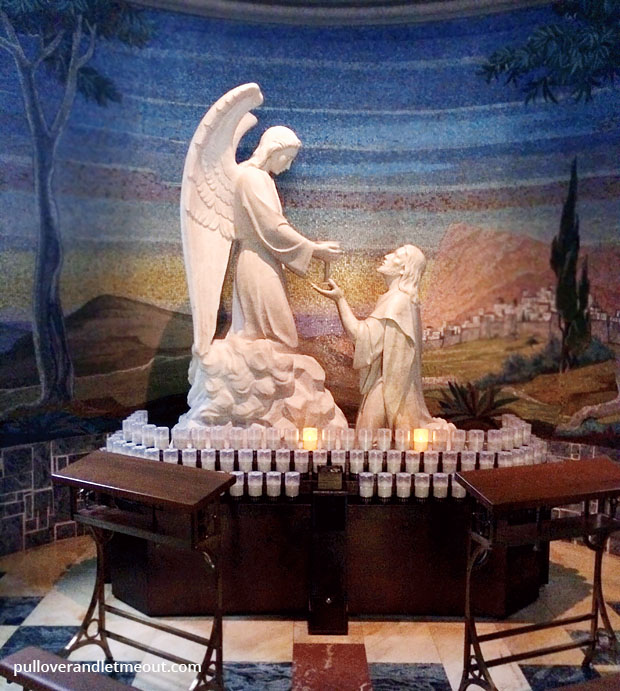 Anna Marie Jehorek is a wife and mother living in Raleigh, North Carolina.  A graduate of the University of Maryland with a BA in communications, Anna Marie is a freelance writer. Most recently she’s been appearing on the travel website, PullOverandLetMeOut.com. Her first novel is due to be published in late 2015.