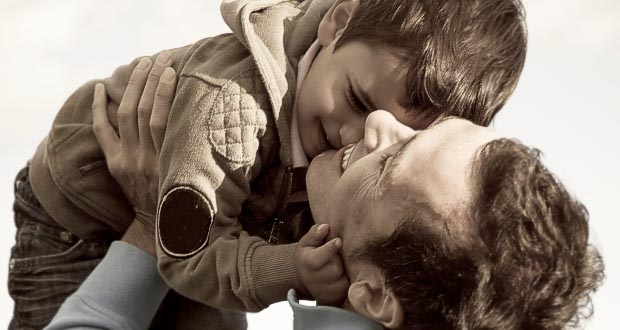 In a culture that doesn’t know how to, and/or refuses to, define the word “family”, the role of a father has become seemingly insignificant, which has aggravated the problem.

Considering its importance, very little is currently being written on the subject of Catholic fatherhood. Recently, I went to Amazon.com and did a search for the word “fatherhood”, and a tagline appeared that read: “Did you mean motherhood?”

I then did a search on Amazon.com for “Catholic fatherhood”. This produced 270 results. To establish comparative data, I typed in some other searches at random, and here are those results:

This comparative lack of writing on the topic of Catholic fatherhood leads to one of three possibilities: first, that fatherhood is irrelevant, and welding theory is actually more important; second, that fatherhood is so natural to all fathers that nothing need be written about it, or; third, that the idea of bettering oneself at fatherhood is inherently unknowable, and therefore, nothing can be written about it. Since a man can perform acts that more or less pertain to his children’s welfare, the second and third possibilities seem impossible. The sad fact is that our society views fatherhood as almost irrelevant (at least in relation to welding).

In reality, however, fatherhood is critical, and one need not have a religious perspective to recognize this. As the authors of The Unexpected Legacy of Divorce write:

“After decades of minutely recording mother-child interactions as if they existed in a ‘daddy-less’ world, researchers have finally discovered fathers and how important they are to a child’s development. Today’s answers to the question: ‘What good are fathers?’ would fill a small library. Children with sensitive, involved fathers surge ahead in their cognitive and social development as they explore their environment and play with other children…And just to dispel the strange notion that fathers are more important to their sons than to their daughters, a study of young women who excelled in their academic studies at Stanford and Berkeley revealed they attributed their high ambition to their father’s long-standing encouragement. I found that women who maintain a passionate relationship with their husbands throughout many years of the marriage had a healthy, loving relationship with their fathers as children.”

“It is true, of course, that contemporary men and women have difficulty experiencing the great consolation of the word father immediately, since the experience of the father is in many cases either completely absent or is obscured by inadequate examples of fatherhood.”

It is hard to overestimate the enormity of the father’s role. Rather than being insignificant, it’s significance should make us tremble, and ask God for the grace to properly fulfill our mission.

As I write these columns in the following months, I will be praying for myself, and for all Catholic home schooling fathers, that we have the grace to fulfill this mission from God—this mission to be a father. We Catholic fathers need pep talks to continue our mission in life. What I envision this series to be is sort of a literary support group.

As such, please share your thoughts, concerns, and questions with me. I don’t have this whole fatherhood thing figured out yet, so I would appreciate your input and ideas.

Since this article originally appeared in July 2008, John and Lisa Clark have welcomed a ninth child into their home.