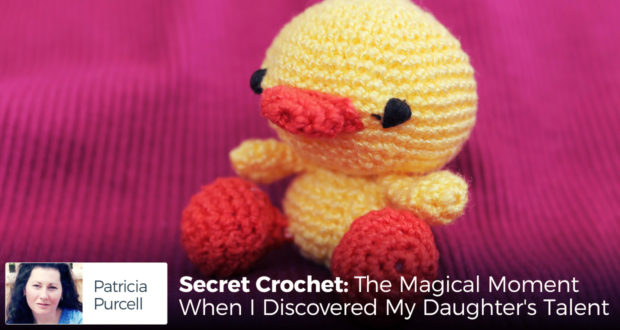 Secret Crochet: The Magical Moment When I Discovered My Daughter’s Talent

Parenthood can sometimes feel like running a marathon. From before the birth of one’s first child, parents are given milestones to look for, and progress is duly measured and noted by doctors.

After the birth, the measurements continue. Child rearing books are filled with instructions about everything from when baby should first roll over to how large a toddler’s vocabulary should be.

As the child grows (and often others follow) the responsibilities of the parents pile on.

The finish line can sometimes seem impossibly far away, and we wonder whether our children will really be prepared when they get there. After all, how will they ever be able to function in the adult world when they can’t even seem to put their dirty socks in the hamper without a reminder?

I know that I spend a lot of time sending up quick prayers, asking for strength to do justice to this job that God has entrusted to me. Usually my answer is that there is always more work to be done.

Every so often though, my prayers are answered in a more tangible way, and I am humbled and awed to realize that God does indeed have a plan for each of my children and that He is watching over them at all times.

I had such a magical moment the other day. My eleven-year-old daughter was out with a friend, and I took the opportunity to clean her room, a frequent zone of contention between us. She is brilliantly creative, and has made things from the first moment that she was able to clutch a pair of safety scissors.

But organization is definitely a weakness of hers that we’ve tried endlessly to correct.

That day as I sorted through the jumble of items stuffed under her bed and shoved haphazardly into her closet, I nearly gave in to despair. Visions of her living in messy squalor twenty years hence snuck into my head. I did my best to sift everything into some sort of order, and discarded what was obviously junk.

Somewhere in the midst of my excavations I uncovered tiny crocheted doll gloves and hats. I don’t crochet. As far as I knew at the time, my daughter knew nothing about crocheting.

Yet there they were, right in her closet. Amazed, I showed them to M-girl when she returned home. She responded by calmly pulling out a purse and several hats to show me.

Apparently she had taught herself to crochet with no instruction other than a couple of library books and an old crochet hook she had found in a box of craft supplies. She hesitantly asked me whether I thought that someday she might be skilled enough to make dolls and clothing and sell them.

I was astounded. The hours that I have spent in worry over this child seemed suddenly foolish as I saw what she had done entirely without me. I gazed at her work, each project showing greater skill than the last.

Since then, my daughter has continued to follow her passion. She has become more and more accomplished at crocheting, knitting, and sewing. While I marvel at each new creation, she is her own toughest critic, constantly seeking advice on how to make her stitches and projects better.

What’s more, this desire to perfect her art has spilled over somewhat into her schoolwork. She now cares whether a word is spelled correctly. At least she does most of the time. Sometimes now, she even puts her craft supplies away… mainly so that she can make room for more.

My job as a mother is far from over, for M-girl and for her brothers. The road ahead is long and will sometimes be hard. I will still struggle to get them to perform the mundane tasks necessary for adult life, while allowing ample time for them to follow their own interests.

But I know that despite all of the obstacles in the way, God has indeed laid a path for each of my children to follow. Their individual talents and interests are an important part of His plan.

My husband and I will shepherd them until they are ready to walk on without us. And even then, they will never really be alone.

For that I am truly grateful. 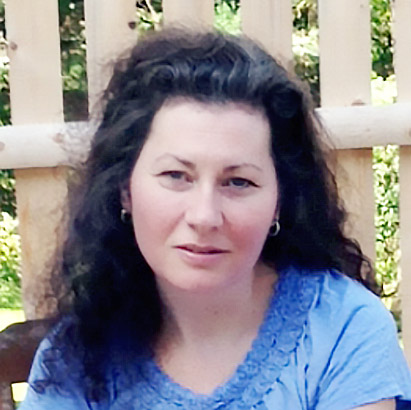 Patricia Purcell is a graduate of the University of Pennsylvania. She now lives in New York state with her very patient and handsome husband and their three active, homeschooled children. After teaching and shuttling kids to activities, she spends her time writing, reading, attempting to garden, and cooking. Not content with turning only her own children into bookworms, she manages book clubs in hopes of turning their friends into booklovers too.
craft crochet motivate patricia patricia-purcell purcell self-motivation 2015-10-28
Contributing Writers